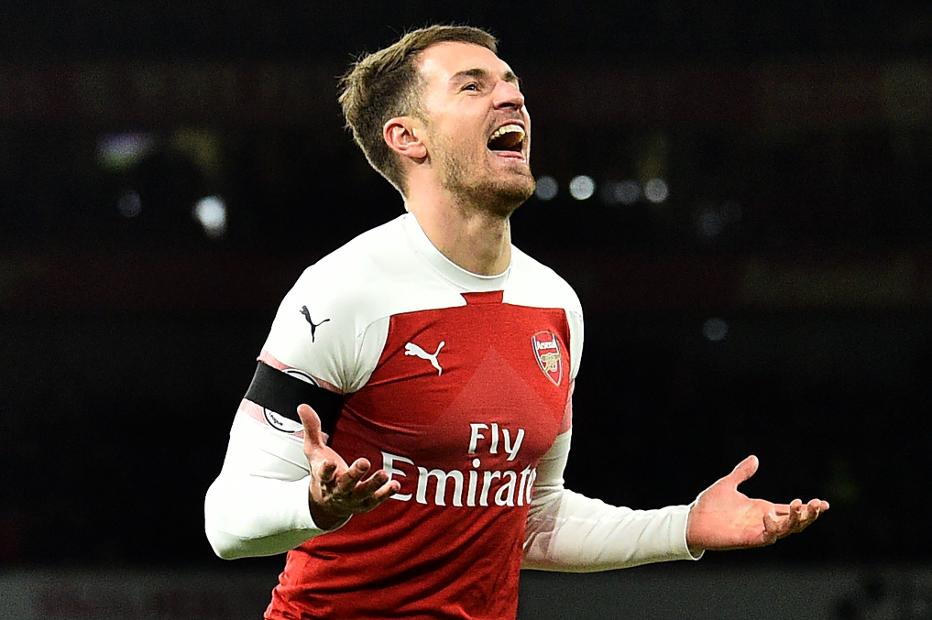 After Arsenal’s top-four aspirations were dented by last weekend’s results, Saturday's visit by Chelsea has become a pivotal match in Unai Emery’s first season in charge.

Such is his penchant for tinkering with tactics and personnel, predicting Emery's starting XI and formation is difficult.

However, Aaron Ramsey is one player who has not featured regularly this term but who is well suited to Arsenal’s likely strategy.

Ever since Tottenham Hotspur convincingly beat Chelsea 3-1 back in November, rivals have tried to copy how Mauricio Pochettino got his team to nullify playmaker Jorginho.

The Italian has not been as dominant for the Blues since, so I would be surprised if Arsenal did not try to similarly crowd him out.

To do this I would anticipate a change from the 3-4-2-1 Arsenal used last week at West Ham United.

Ramsey is the obvious candidate. The Welshman has terrific energy and presses enthusiastically, while offering plenty as an attacking force, too.

Constantly making forward runs off his counterpart, the 28-year-old would test the Chelsea man’s willingness to track him.

Defending is not Jorginho's forte, so Emery would encourage frequent attacking bursts from a player who has produced an assist every 136 minutes this term.

Interestingly, striker Alexandre Lacazette is the only Arsenal player to average more touches inside the opposition penalty area per 90 minutes than Ramsey.

Touches per 90 inside area

Flying down the flanks

Hector Bellerin’s return from injury is a big boost for Arsenal, who missed his dynamism down the right.

Offering the only natural width, their forays into the final third will be integral to the way Arsenal seek to attack Chelsea.

When these two sides met at Stamford Bridge in August, Arsenal created a lot of problems in wide areas, regularly getting behind Chelsea's full-backs.

They will surely target that again.

Bellerin has delivered the most crosses from open play of any Arsenal player, with 38, and his accuracy is respectable at 21.1 per cent.

Kolasinac has delivered 19 crosses, with an even better accuracy of 26.3 per cent.

In Nacho Monreal’s absence, Kolasinac has become a vital creator, manufacturing a goal opportunity 19 times this season, at a rate of one every 50.4 minutes.

Rise to the occasion

If Arsenal are to close the gap on Chelsea to three points this Saturday, they will need big performances all over the pitch.

Do not be surprised if Bellerin, Kolasinac and Ramsey are at the forefront of Emery’s game plan.