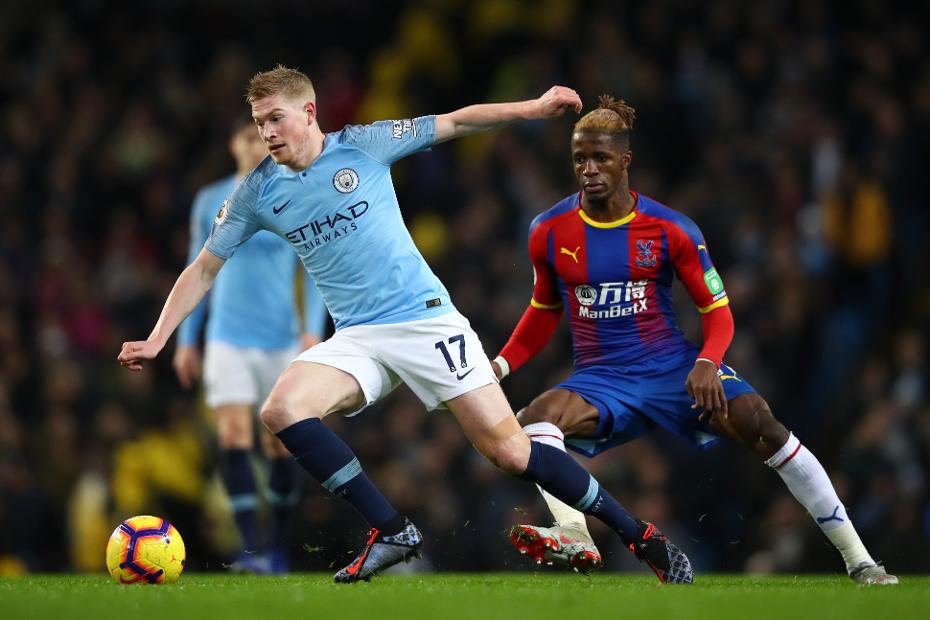 David Silva and Bernardo Silva have been two of the most outstanding performers of 2018/19, so the return of Kevin De Bruyne from injury has created a major selection headache at Manchester City.

Will the brilliant Belgian walk straight back into Pep Guardiola's strongest XI in central midfield or will he have to bide his time?

As excellently as the Silvas and Ilkay Gundogan have performed in recent months, the fit-again De Bruyne adds qualities that cannot be replicated by them.

The 27-year-old's output from wide areas is one thing that gives the champions an added dimension.

De Bruyne's ability to bend crosses around defenders from anywhere inside the final third, and with either foot, is unrivalled.

Sergio Aguero and Gabriel Jesus have certainly missed that type of regular delivery.

Across the two starts the Belgian has made since returning from injury, against Leicester City and Rotherham United, De Bruyne has sent a total of 14 crosses into the penalty area from open play.

That was at an incredible rate of one every 9.78 minutes.

Considering he played as one of three central midfielders, that level of service is tremendous and nobody else in the squad who plays the same role can match it.

De Bruyne's power and pace can also inject more potency into City's attack as they look to catch leaders Liverpool.

They are the Premier League's leading scorers with 56 goals but have not been as dangerous from counter-attacks as last term.

De Bruyne is lethally quick on the counter and his ability to pick the right pass while on the run with the ball makes him one of the most dangerous players on the break in world football.

If he features at Molineux, De Bruyne is more capable than anyone else in the City side of breaking the lines with neat footwork and acceleration.

His dribbling ability is another trait that gives De Bruyne an edge over his midfield rivals.

City's strong squad means Guardiola has the luxury of not having to rush De Bruyne back too quickly.

Bernardo Silva has been a revelation, while David Silva is enjoying his best season for many years. The ever-reliable Gundogan also has a habit of producing vital contributions.

Provided this quartet stay fit, and Fernandinho maintains his fine form as a defensive shield, City will be home to the division's strongest midfield for the remainder of the campaign.