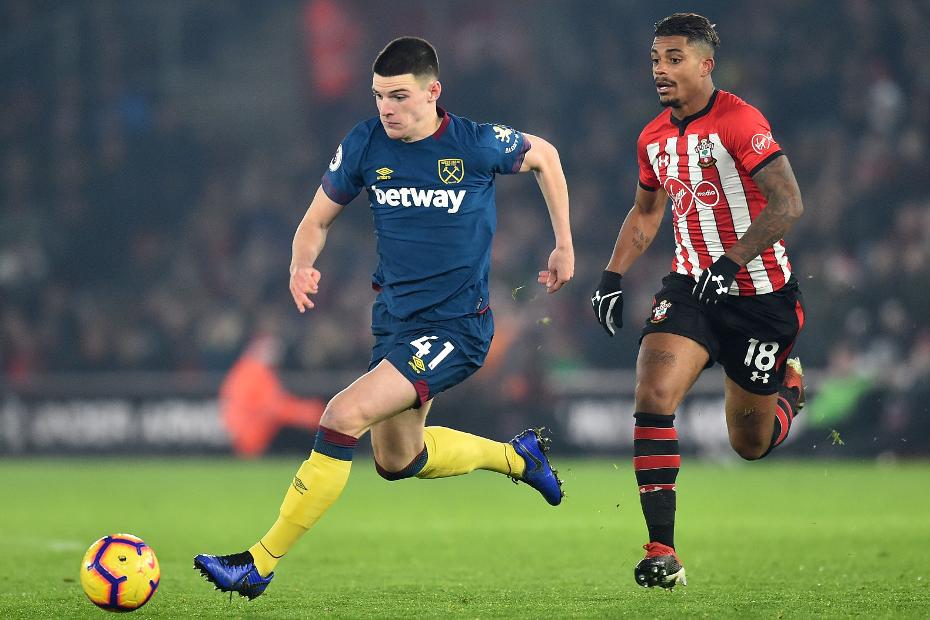 One of the great tactical successes of the 2018/19 Premier League season has been Manuel Pellegrini’s decision to make Declan Rice a defensive midfielder.

In mid-September the West Ham United manager asked the youngster, who turns 20 next week, to move forward from central defence to firm up the midfield.

It was an astute call that has benefited both the player and the team.

Rice has become one of the most consistent deep-lying midfielders in the Premier League and West Ham are rightly proud to have got him to sign a contract extension.

West Ham’s midfield was crying out for a natural ball-winner with a physical presence and Rice was the perfect fit.

Indeed, he has won more tackles than any of his team-mates.

He is also able to cover the ground quickly, picking up loose balls anywhere inside the middle third.

He is ranked fourth best of all the PL’s central midfielders at recovering the ball.

On a per-90-minute basis, Wolverhampton Wanderers’ Ruben Neves is the only member of the top five who beats his record.

It is worth noting how few fouls Rice commits.

He has been called for just six fouls all season, at a rate one of every 2.92 matches, confirming his impeccable timing and wise decision-making.

On the ball he is excellent, too. His smooth passing has played a key part in transforming West Ham into a side now far more comfortable in possession.

Saturday’s match with Arsenal pits Rice against another of the division’s most effective newcomers in defensive midfield.

When you put Rice’s statistics alongside Torreira’s, there is little to choose between them.

Their duel at the London Stadium should make for fascinating viewing.

Pellegrini’s trust in Rice is such that it has prompted a formation change in recent weeks.

The manager is now happy to play him in a midfield duo alongside Mark Noble or Pedro Obiang, allowing a switch to his preferred 4-4-2 system.

That positive move of picking an extra forward is only possible because Pellegrini trusts Rice. For a 19-year-old that is impressive.