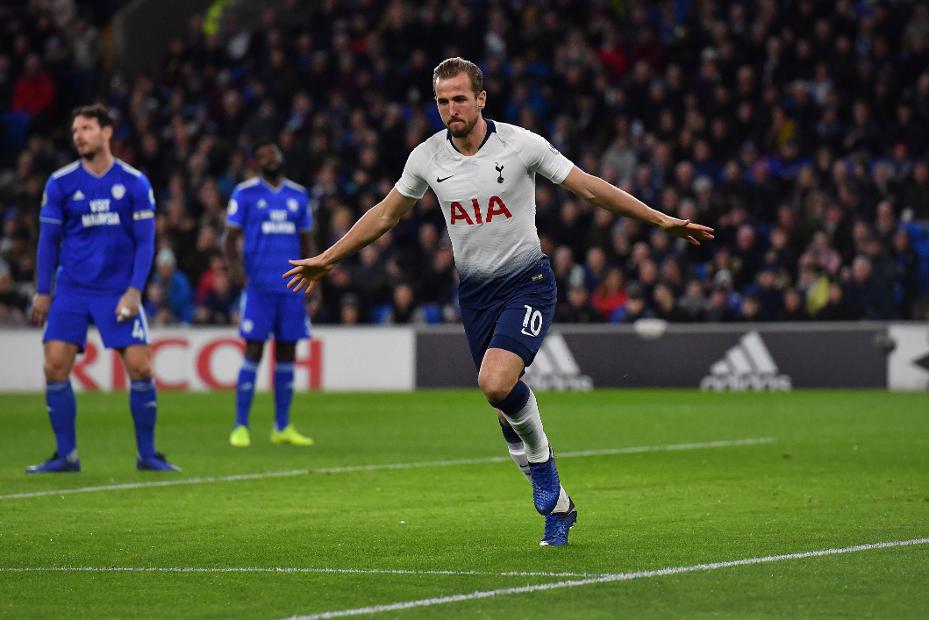 Spurs striker sets record, scoring against every Premier League opponent he has faced

With his strike against Cardiff City on Tuesday, Harry Kane set another Premier League goal record.

The Tottenham Hotspur striker had gone three matches without a goal against Cardiff but his third-minute strike at Cardiff City Stadium meant he has scored against all 28 opponents he has faced in the Premier League.

No player in the competition's history boasts such a 100 per cent record against at least 25 opponents.

Thierry Henry and Sergio Aguero are the next-closest players in the rankings.

Henry scored against 34 of the 35 Premier League teams he encountered in an Arsenal shirt, with Swansea City the only team not to concede to him.

Bolton Wanderers are the only side against whom Aguero has failed to score for Manchester City.

No player has scored more than his five goals on New Year's Day as he matched the totals of Andrew Cole and Steven Gerrard.

It also sent him level with Pierre-Emerick Aubameyang at the head of the race for the Premier League Golden Boot.

Both players scored on Tuesday to move to 14 goals overall, one ahead of Mohamed Salah, who can catch up or pass his rivals on Thursday when Liverpool travel to Manchester City.