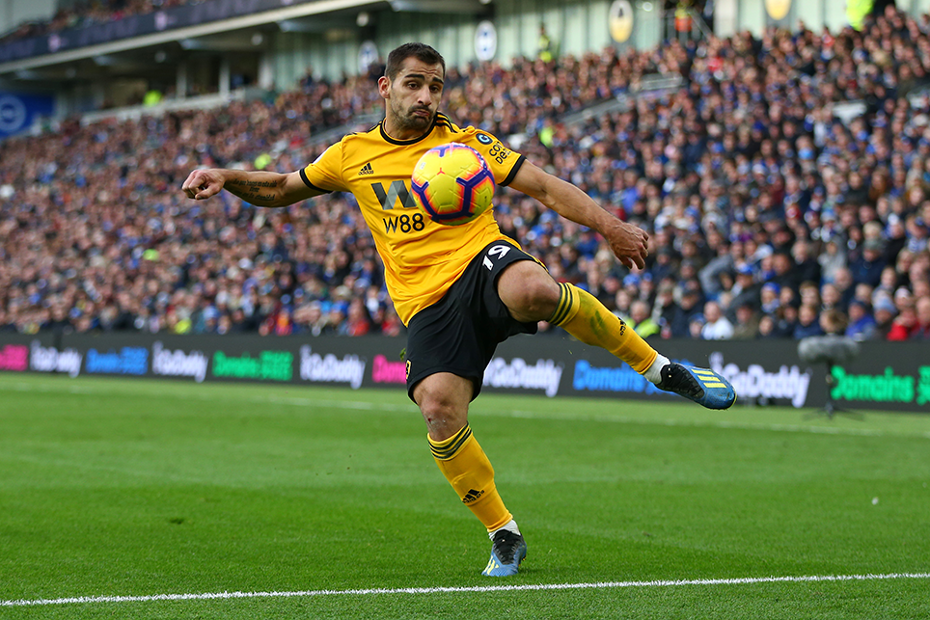 Wolverhampton Wanderers' Matt Doherty (£5.2m) has been one of the stars of the season, with three goals, four assists and 88 Fantasy Premier League points.

But fellow wing-back Jonny (£4.3m) has offered a similar attacking threat for Wolves this season, particularly at home.

His total of nine shots at Molineux is only one fewer than his 23.9 per cent-owned team-mate.

He is one of four Differentials selected by The Scout for Gameweek 21 ahead of the 11:30 GMT deadline on Tuesday, 1 January 2019.

The left wing-back could prosper at both ends of the pitch against Crystal Palace.

Roy Hodgson's side have kept only one clean sheet in their last six away matches, conceding 13 times.

They've scored seven goals in that period, but three of those strikes came in the shock win at Manchester City in Gameweek 18.

Owned by 2.0 per cent of managers, Jonny also has an excellent upcoming run of opponents to deliver more points.

The Palace match is one of eight in the next nine Gameweeks that scores no more than three in the Fixture Difficulty Rankings (FDR).

Huddersfield Town will be hoping that a Gameweek 21 visit from Burnley can kick off 2019 in style.

The Clarets have scored only seven goals in 10 away matches, conceding 21.

Left-back Lowe, with 0.1 per cent ownership, has the potential to produce both defensive and attacking returns for the hosts.

AFC Bournemouth have been struggling in recent weeks but the fine form of the winger has remained unaffected.

Brooks, owned by 3.9 per cent of managers, has two goals and an assist from the last three Gameweeks, returning 22 points.

The Cherries will hope to profit from Watford's defensive frailties on Wednesday.

Javi Gracia's side have kept only one clean sheet in the last 10 Gameweeks.

The Spaniard has found himself below both Eden Hazard (£11.1m) and Olivier Giroud (£7.7m) in the pecking order for the Chelsea attack.

But with Giroud poised to miss Wednesday's visit by Southampton, Morata looks likely to lead the line.

Although performances have improved under new manager Ralph Hasenhuttl, the Saints remain defensively vulnerable and have conceded in each of their last 10 matches.

Morata, owned by 1.6 per cent, scored in their previous meeting, a 3-0 win at St Mary's Stadium in Gameweek 8.