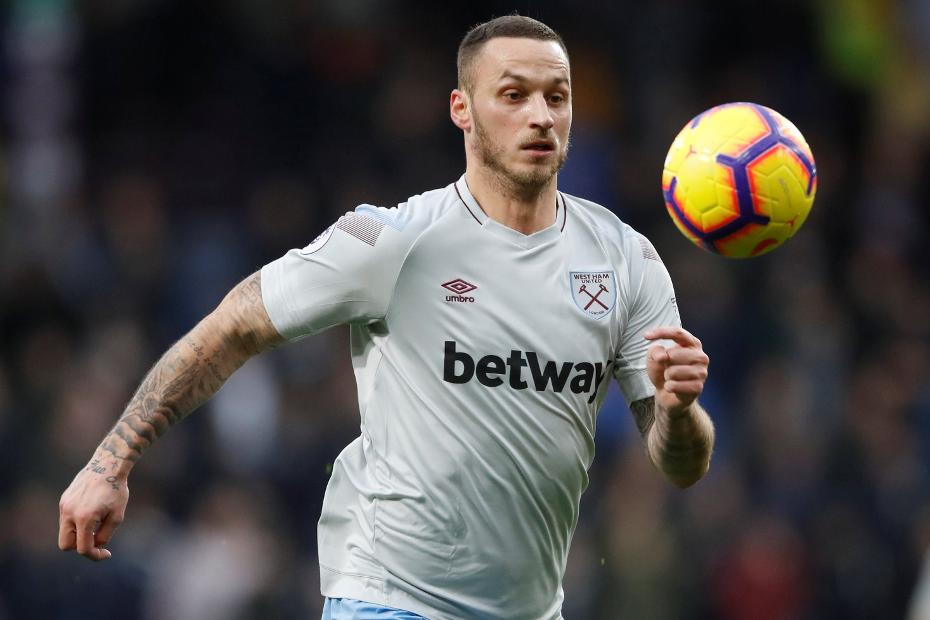 The return of Marko Arnautovic (£6.9m) could be good news for both West Ham United fans and Fantasy Premier League managers.

The forward was back in action at the weekend after missing four Gameweeks and will hope to profit from the visit of Brighton & Hove Albion on Wednesday evening.

He is one of five players to watch selected by The Scout for Gameweek 21 ahead of the 11:30 GMT deadline on Tuesday 1 January 2019.

The Austrian has lost more than a million owners since a hamstring injury in Gameweek 15.

But after playing 72 minutes of West Ham's 2-0 loss at Burnley on Sunday and Arnautovic will face at home a Brighton side with just one away clean sheet this season.

West Ham have been ruthless at London Stadium in recent weeks, scoring three or more goals in three of their last five matches there.

When selected, Arnautovic has been involved in 57 per cent of their goals, compared with 41 per cent for Felipe Anderson (£7.4m).

The Cardiff City playmaker has improved his form, with two goals and an assist in the last four Gameweeks.

He returned a season-high 10 points from Gameweek 20's 1-0 victory at Leicester City, in which he scored a spectacular stoppage-time winner.

Tottenham Hotspur visit Cardiff having conceded at least twice in two of the last three Gameweeks.

Camarasa can take advantage of those frailties as the hosts look for a fifth win in seven at the Cardiff City Stadium.

But it is team-mate David Luiz, owned by just 11.1 per cent, who has caught the eye recently.

The centre-back has produced 33 points, including two double-digit hauls, in the last five Gameweeks.

In Gameweek 21, Chelsea host a Southampton side who have failed to score in four of their last eight away matches.

The Spurs winger has two goals and an assist over his previous four starts ahead of the trip to Cardiff.

Lucas has been on the bench for two of Spurs' last three matches, making him a likely starter on Tuesday evening.

Spurs have been in fine form away from home, winning three of their last four road trips, scoring 11 goals.

The AFC Bournemouth midfielder is another to have started just once in the last three Gameweeks.

Rested to the bench in Sunday's 4-1 loss at Manchester United, he looks set to start at home to Watford on Wednesday.

Fraser has produced a goal and two assists from his last three home fixtures.