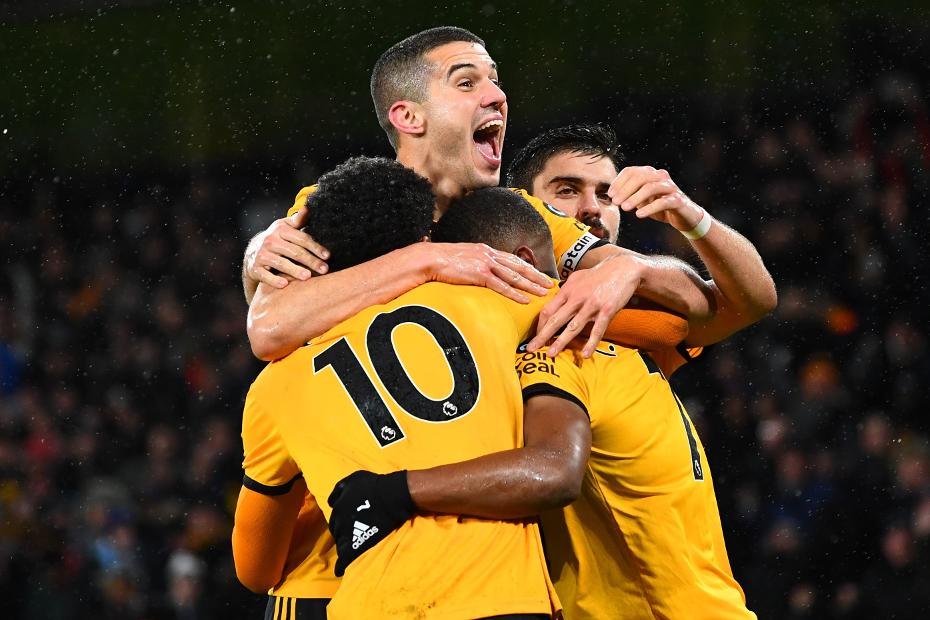 Wolverhampton Wanderers are one of the most comfortable sides out of possession in this season’s Premier League.

Head coach Nuno Espirito Santo has them well drilled to keep an excellent shape, especially against opponents who like possession of the ball.

This in part explains why Wolves have performed so well against the top six sides of last season.

Wolves expertly squeeze space between the thirds, maintaining their organization, meaning they have picked up one win, three draws and just one defeat in five contests against the division’s leading clubs.

The only match they lost, against Tottenham Hotspur, was the only one where they tried to go toe-to-toe on possession.

So when they host Liverpool at Molineux on Friday night, expect them to adopt a counter-attacking strategy.

An intelligent Plan B

Nuno is not keen on tinkering his starting line-ups too much. But during recent weeks he has developed an alternative to his favoured 3-4-3.

He has brought Morgan Gibbs-White into the team as an extra attacking midfielder who will press as well as travel with the ball.

In front of Gibbs-White, Nuno has used Diogo Jota and Raul Jimenez as a split-striker front two, with both prepared to work hard down the wings when necessary.

Wolves set up in this 3-4-1-2 formation in home victories over Chelsea and AFC Bournemouth, and Nuno will surely consider repeating it against Liverpool.

Under this system I would expect Wolves to let Liverpool’s central defenders have the ball, while simultaneously closing down everybody else tightly in the mid-pitch areas. (see below)

How Wolves may press Liverpool

The Wolves players know their roles well and have learned how to spring turnovers regularly this term.

At Arsenal they made an incredible 28 interceptions, while at home to Chelsea they managed 23.

From those transitions they spring into life, posing a real threat on the break.

Jurgen Klopp will respect the fact that Wolves have scored at least once in each of their five matches against the top-six sides this season.

Wolves are also an extremely fit side who are strong in the closing stages.

No Premier League team have conceded fewer than the two goals they have inside the last 15 minutes, and their plus-five goal difference in the final quarter of an hour of matches is bettered only by four teams.

This is set to be a fascinating contest under the Molineux lights.

Wolves have developed a formula that seems effective against more talented opponents, so Liverpool’s hopes of being top at Christmas will be under threat.

Part 1: Flexible Eriksen at the heart of Spurs surge
Part 2: Burnley's new shape can pose problems for Arsenal
Part 3: How Warnock made Cardiff a fortress