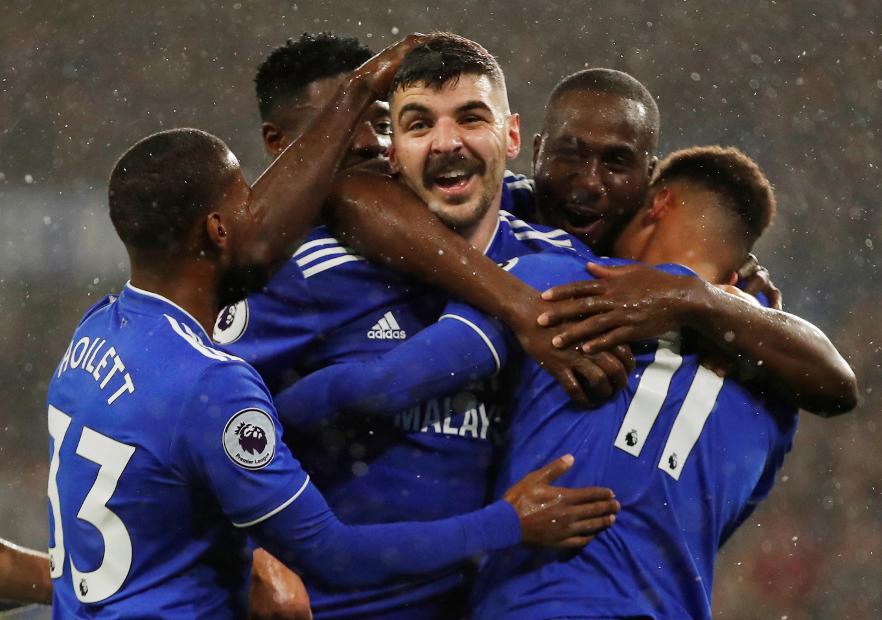 Warnock: The lads never give in External Link
Which players are close to one-match bans?

The versatility of the Cardiff City midfielder is making him a major draw in Fantasy.

Initially signed as a right-back by Neil Warnock, Paterson is currently being used as a striker.

He is thriving in his new role, with four goals and an assist since Gameweek 9.

Over that period, his 19 attempts in the penalty area are a league-leading figure among FPL midfielders.

Paterson's emergence as an attacking threat has helped Cardiff find their feet in the Premier League, especially at home.

Warnock's side have won three straight home matches, and four of their last five.

A visit from Manchester United this Saturday would suggest such a run would be in peril.

But United have been struggling defensively all season, with their away form a concern.

They have managed just one clean sheet on their travels and only two teams have allowed more away goals than their 18.

Despite his low cost, Paterson is owned by a modest 1.4 per cent of managers.

That makes him a standout differential as Cardiff look to continue their fine home form.