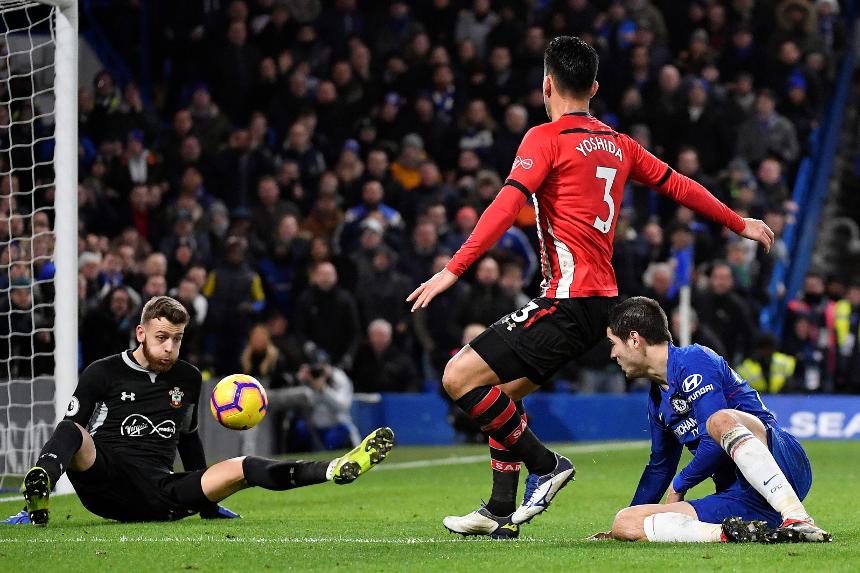 Angus Gunn starred for Southampton on his Premier League debut as they held Chelsea to a goalless draw at Stamford Bridge.

The home side dominated possession and came closest to a first-half goal when Eden Hazard struck a powerful left-footed shot, which was saved by the face of Gunn, in for Alex McCarthy.

Two minutes after the break, Southampton had their best chance of the match. A low strike from 20 yards by Stuart Armstrong was tipped around the post by Kepa Arrizabalaga.

Chelsea pushed for a winner to move within a point of third-placed Manchester City, but Gunn kept out Alvaro Morata, who also had a goal disallowed for offside.

Chelsea remain fourth on 44 points. Southampton, who kept a first clean sheet since October, drop to 18th on 16 points.