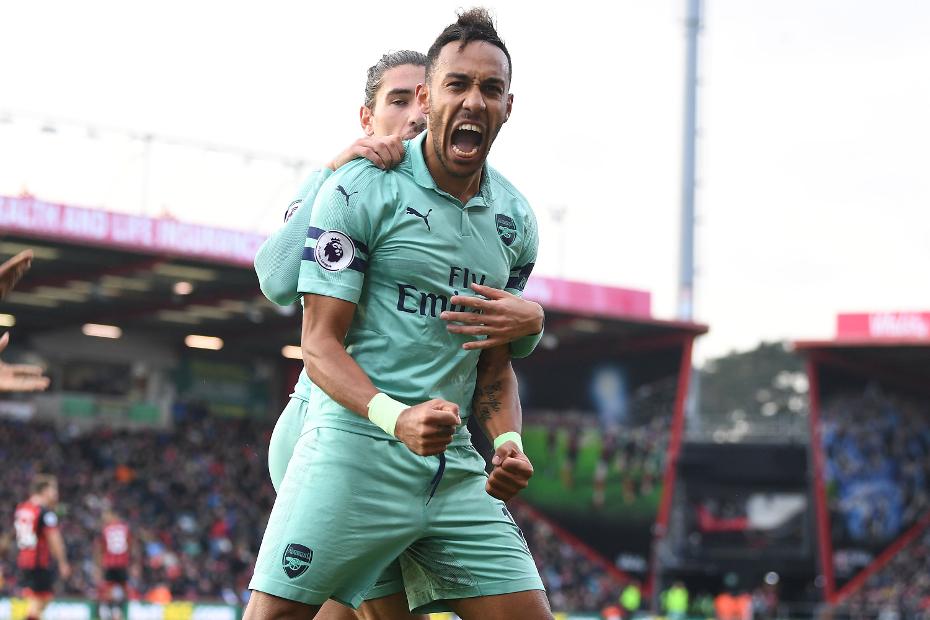 Gunners are targeting their first PL away win against Man Utd for 12 years, plus what else to look out for from Wednesday's six fixtures

Ahead of Wednesday night’s Premier League fixtures here is what to look out for.

In his 300th league match as a manager, Sean Dyche is seeking a first PL win since September. He needs his side to match Fulham’s result at home to Leicester City to avoid slipping to the bottom. Burnley will be without Steven Defour.

The Clarets face a Liverpool team who are looking to cut Manchester City’s lead to two points and have lost only one in eight PL matches to the Clarets. But Sadio Mane and Andrew Robertson are doubts.

Everton are hoping to bounce back from their last-gasp defeat in the Merseyside derby and secure a fifth win in nine matches, which would lift them back above AFC Bournemouth into sixth place.

Newcastle are also looking to recover after a weekend defeat ended a good run. But they have not won a midweek PL match for five years.

Fulham manager Claudio Ranieiri will face his former club, having won the PL title with Leicester in 2015/16.

A second successive home win for Fulham could lift them out of the bottom three, and they are buoyed by the return of Andre Schurrle.

Unbeaten in five matches, Leicester could rise to sixth so will be hoping Jamie Vardy and Harry Maguire can shake off respective groin and knee injuries.

Nuno Espirito Santo’s side are looking to avoid a sixth defeat in seven matches. Will a ban for Ruben Neves hand a first PL start to 18-year-old Morgan Gibbs-White?

Chelsea have a great record against Wolves, winning seven from eight.

Man Utd are seeking a first win in four PL matches but have several injury doubts in defence and Ashley Young suspended. They can point to a strong PL home record against Arsenal, who have not won at Old Trafford in 12 years.

Unai Emery’s visitors, who are without the suspended Granit Xhaka, are hoping to rise to third place for the first time this season.

Spurs will hope to bounce back from their derby defeat and go back above Arsenal into fourth, and even Chelsea into third, if results go their way.

Harry Kane enjoys facing Southampton, who are winless in 12 but have a new manager, Ralph Hasenhuttl, to impress.

The Saints' danger man is Stuart Armstrong, who has three goals in his last two matches.