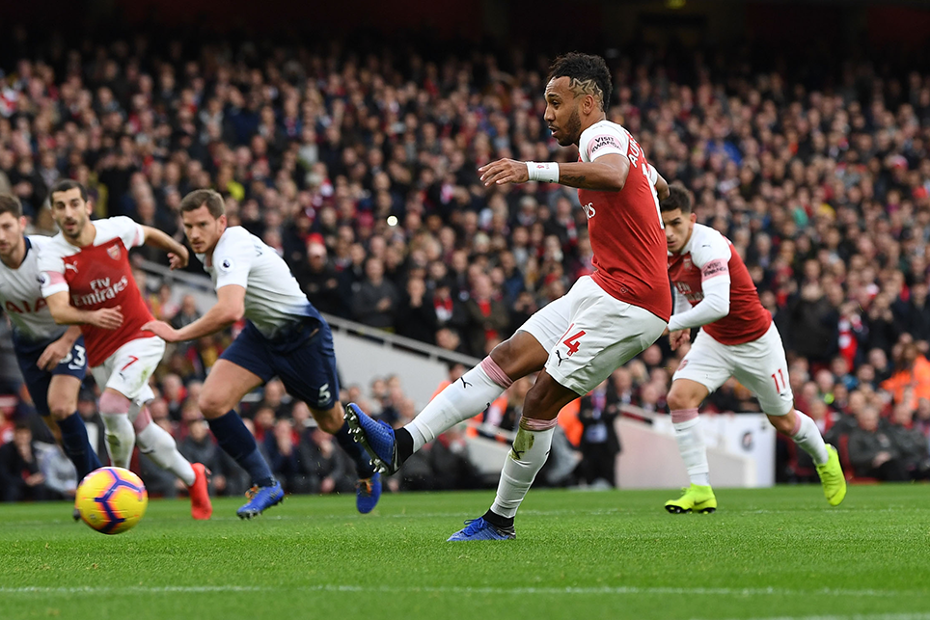 ‘He’s unbelievable but he does that all day’ External Link

He shoots, he scores. That's been true for Pierre-Emerick Aubameyang, whose double against Tottenham Hotspur inspired a north London derby win for Arsenal and set a mark not seen in the Premier League for more than 11 years.

Aubameyang's brace on Sunday meant he became the first player to reach 10 goals in the competition this season, and he has done so from his last 10 shots on target.

Not since Benni McCarthy, for Blackburn Rovers in October 2007, has a player scored with 10 consecutive shots on target in the Premier League.

The last goalkeeper to stop a shot on target from the Arsenal forward was Lukasz Fabianski, for West Ham United in the 73rd minute of their match on 25 August, 99 days before the win over Spurs.

I love tap ins but come on put some RESPEK on my name 😆😂😂😂😂💪🏽 #NorthLondonIsRed #WeAreTheArsenal #COYG pic.twitter.com/pAxsVoIADn

"It was unbelievable but he does that in training all the time,” Ramsey told Arsenal’s official website of his team-mate’s second, which he had set up.

"He just eases the ball into the corners, but with pace as well. It reminds me of Thierry Henry’s finishes, so he has that in the locker. He’s been fabulous for us."

Ramsey set his own Premier League record in the match, providing his fourth assist of the season after coming on at half-time as a substitute.

No player has managed to supplied so many assists in the competition as a substitute in one season.