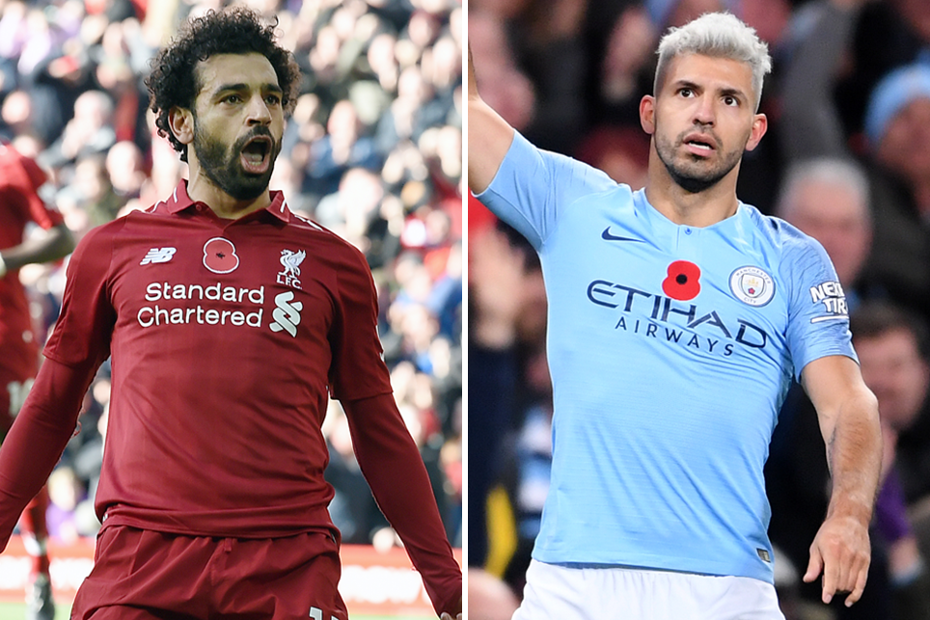 With Sergio Aguero (£11.5m) and Mohamed Salah (£13.0m) both having home fixtures, Fantasy Premier League managers have a big dilemma in Gameweek 14.

Both have excelled in front of their own fans this season.

Aguero has produced a goal or an assist in all seven of his home fixtures ahead of a visit from AFC Bournemouth.

The Manchester City forward has earned 67 of his 82 points at the Etihad Stadium, averaging 9.6 points per match (ppm).

At home, Aguero's totals of 38 shots and 29 shots inside the penalty box are both more than any other player.

The Argentinian has played AFC Bournemouth at home on only one occasion.

Ominously for the Cherries, he produced two goals and an assist in a 4-0 win last season.

Salah, meanwhile, has scored in five of his six appearances at Anfield, with Man City the only side to stop him.

At home, the Egyptian has averaged 8.3 ppm and matched Aguero's 12 shots on target.

Like Aguero, he also scored in the corresponding fixture against Everton last season, a 1-1 draw in Gameweek 14.

* numbers are by the thousand

There are, however, strong alternatives from both Man City and Liverpool ahead of Friday's 19:00 GMT deadline.

Over 210,000 managers have drafted in the winger for this Gameweek, after he soared to the top of the player standings on 95 points last weekend.

Mark McGettigan (@FPLGeneral): With a slight doubt over the fitness of Eden Hazard (£11.1m), I will give Aguero the armband as he has been so consistent at home. A big haul would be most welcome after his blank last week. Salah is my vice-captain.

Holly Shand (@FFCommunity_): I'm concerned about Hazard in the starting XI at home to Fulham, given Chelsea's congested schedule, so I currently have the captaincy on Aguero. However, I'm eyeing up a move for Sterling and prefer his explosive potential against AFC Bournemouth.

WGTA (@WGTA_FPL): Despite an off game against West Ham United last weekend, it's very hard to look past the home form and prior record of Aguero. Sterling is a strong alternative.

Lee Bonfield (@FPLFamily): With back-to-back captain fails, it's back to basics for me this week. Aguero's home record is second to none, so I'm considering the Argentinian. The only other option is Hazard, so I'm waiting for news on his fitness.

Chuck Booth (@ChuckBoothSport): It's another one of those Gameweeks when selecting the captaincy is easier said than done but I'll be going with Leroy Sane (£9.3m) against AFC Bournemouth. It was essentially a toss-up between him and Sterling but the German gets the slight edge. His low ownership is a major factor to help climb mini-leagues.

Josh Landon (@hailcheaters): Despite a dip in form and injury concerns, this could be a fantastic week to captain Hazard for those brave enough. If you're holding on to an £11.1m player and don't captain him at home to Fulham, when will you ever?

Neal Thurman (@nealjthurman): Others have mentioned the statistically likelier candidates but I'm looking to Harry Kane (£12.3m). He has a great record against Arsenal and I'm banking on a Kane brace on Sunday.