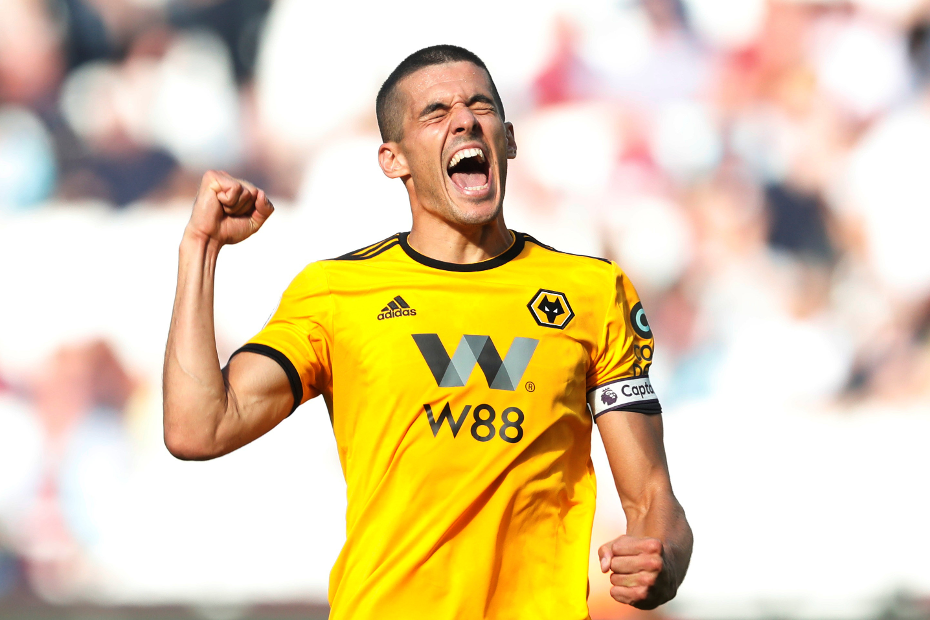 What we learned in Matchweek 8

The performances of Conor Coady may have gone under the radar this season but Alan Shearer believes an England call-up is now only a matter of time for the Wolverhampton Wanderers defender.

Coady excelled at the back for a Wolves side who came away from Crystal Palace with a hard-fought 1-0 win based on defensive excellence.

Indeed their goal came from another defender, Matt Doherty, who also made Shearer's XI of best performers.

"Having played at all levels for England youth, it won’t be long before Coady gets a full call-up if he keeps delivering performances like these," said Shearer of Coady. "He was solid and brilliant yet again."

⛔️ Clean sheets and goals aplenty ⚽️@alanshearer's Team of the Week is in - agree with the XI? pic.twitter.com/tdnoyHQZk7

The Spaniard kept a clean sheet and made two very good saves.

His first goal and a clean sheet rounded off another impressive performance from Wolves' new recruit.

He never gave Liverpool’s front three a kick. He was quick and reliable.

Having played for England at youth level, it won’t be long before Coady gets a full call-up if he keeps delivering performances like these. He was solid and brilliant yet again.

He was quick, dependable and played his part in ensuring Liverpool got no room to cause damage.

He put in 45 minutes that got his side out of a hole. You wonder why he can't do it on a more regular basis.

He scored his first Chelsea goal, produced an assist and got an England call-up. Not a bad few days for the midfielder.

After scoring twice last week, and making my Best XI, he produced a trademark screamer to earn Everton another three points and keep his place.

He scored two goals and was a threat all afternoon. Watford simply couldn’t cope with the Norwegian striker.

The Frenchman scored another two goals and was instrumental in helping Arsenal to their sixth consecutive Premier League win.

It’s just impossible to leave out the brilliant Belgian, given the form he’s in.

After losing 4-0 in their last away match they go and win by the same scoreline. For the free-scoring Cherries to now be sixth in the table is a real testament to Howe’s managerial ability.