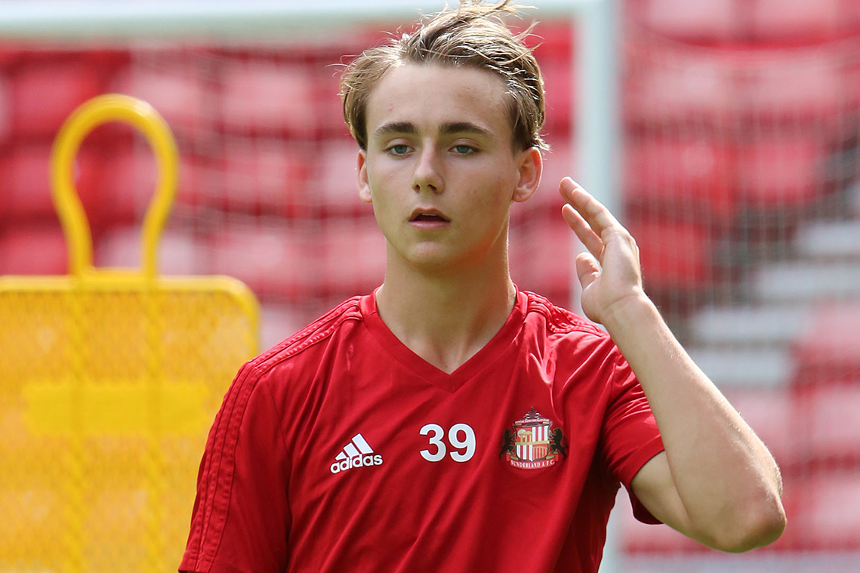 A wonder goal from Jack Diamond helped Sunderland kick off their Premier League Cup campaign with a 2-0 victory over Charlton Athletic.

Diamond (pictured), 18, scored the second goal of the night on 56 minutes, the forward finding the net with a right-footed strike into the top corner from 25 yards out.

Another 18-year-old, Williams Kokolo, had opened the scoring in the 36th minute, when he raced on to a long ball in windy conditions at Eppleton Colliery Welfare Ground before slotting in.

Sunderland lead Group A after the opening fixture, with the other two teams, Peterborough United and Stoke City, playing on Monday 15 October.