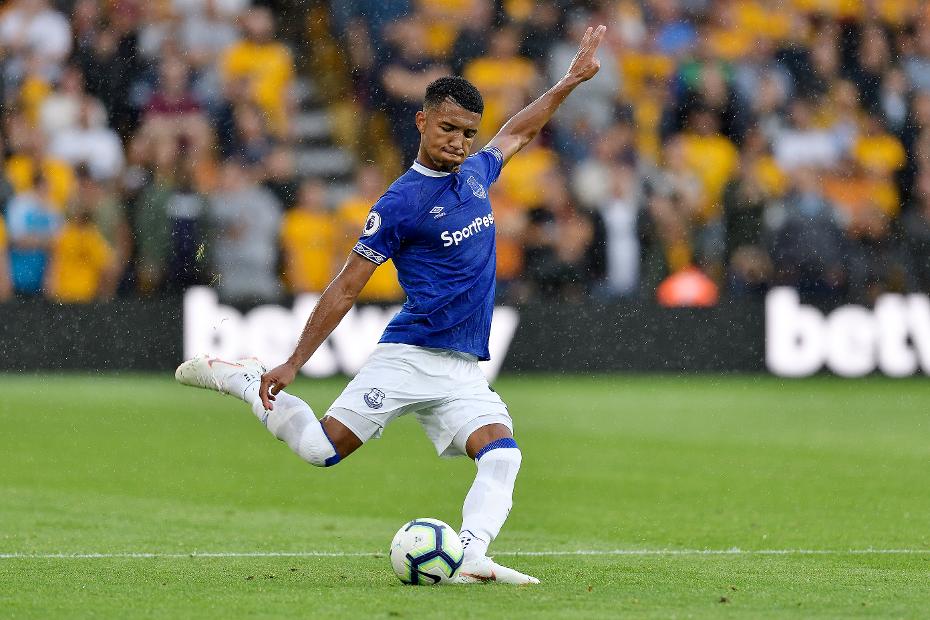 For much of 2017/18, the 21-year-old was considered the fourth-choice centre-back, or one of several options as an understudy at right-back.

Yet thanks to impressive displays in pre-season, and across the last four Premier League matches, Holgate has emerged as an automatic pick.

At home to Huddersfield Town in Matchweek 3, Everton weathered an aerial bombardment from set-pieces and long throw-ins.

Holgate took responsibility in dealing with that pressure.

It was a display that confirmed his growing self-belief.

He has looked more assured than last term and his defending has been more dominant.

Holgate’s bold distribution is another trait that will have endeared him to Silva.

The manager likes his teams to play with energy and enterprise, encouraging his players to spring direct attacks.

Holgate is comfortable in possession and happy to play forward passes, even if it means occasionally giving the ball away.

That style of play is ideal for a side built to use their pace on the counter-attack.

Holgate's 76.8 per cent passing accuracy is inferior to Everton’s other centre-backs, but this is because he is willing to take more risks.

No player at the club has made more forward passes than him in 2018/19.

If he can replicate the excellent defending and willing distribution he has shown this term, West Ham United could find it difficult to earn their points of the season on Sunday.

Silva is still waiting for a first clean sheet but, in open play at least, he cannot have many complaints about how his side are defending as a unit.

Everton have shown solid organisation, leaking only one goal not from a set-play.

A penalty at AFC Bournemouth and a superb direct free-kick from Ruben Neves are not moments that need to be analysed.

However, Everton have conceded goals from right-wing corners in each of their last three matches.

They have been loose with their marking and slow to react to second balls.

It is an area West Ham could look to target at Goodison.