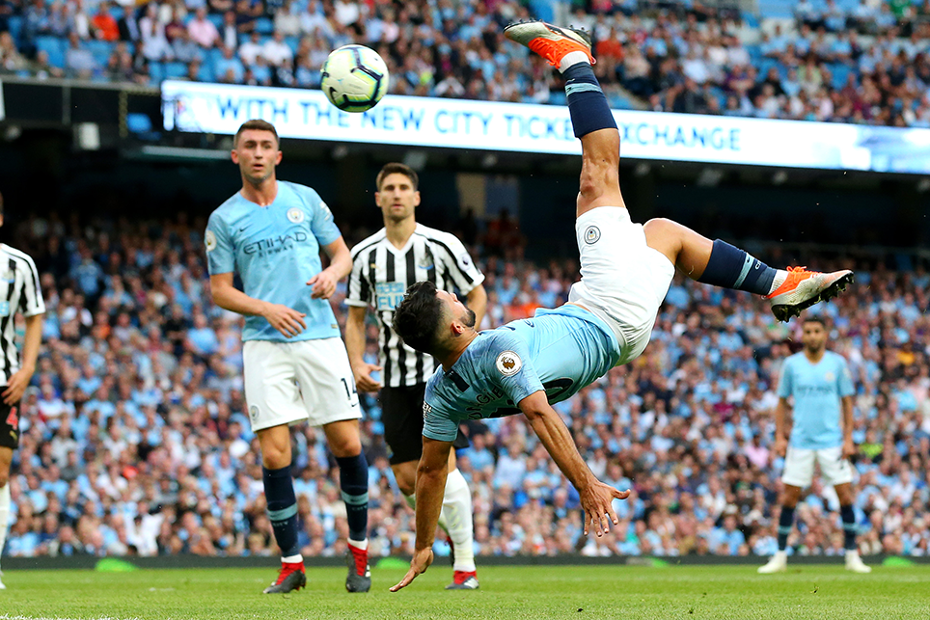 Aguero: I feel the best I have in years External Link

The 30-year-old was the first choice for Manchester City’s home match with Newcastle United in Gameweek 4, selected by more than 1.75m managers.

And Saturday's visit by Fulham will strengthen his appeal as an armband candidate.

Aguero has three goals and two assists in his first two home appearances this season.

The Argentinian faces a defence who have yet to record a clean sheet.

Fulham have allowed 28 shots on target, the third-most in the league.

They have also conceded 13 big chances, where a player is expected to score. No team have allowed more.

Mohamed Salah (£13.0m) and Harry Kane (£12.5m) were also among the top three captain picks in each of the first four Gameweeks.

But some managers might seek out alternatives as Liverpool and Tottenham Hotspur meet at Wembley Stadium on Saturday lunchtime.

Aguero’s team-mate, Raheem Sterling (£11.0m), is one such candidate.

The midfielder continued that form with a 10-point return against Newcastle.

They are the only two players to have produced a goal or an assist in all four Gameweeks.

Hazard has scored in successive matches against Newcastle and AFC Bournemouth, tallying 11 points against the Cherries in Gameweek 4.

And Alonso is the leading points scorer overall, with 44, having produced three sets of double-figure hauls.

Jay Egersdorff (@JEgersdorff): It's likely the majority, myself included, will go with Aguero against a very open Fulham side. I still think Salah is worth consideration. He bagged three goals in two games against Spurs last year and is second only to Aguero for shots on goal.

Simon March (@MarchSimon): Aguero for me, but the more maverick pick might be Alonso. I’m not usually a fan of captaining a defender but, with a goal and five assists (not to mention three clean sheets), does he even count as a defender any more?

Tom (@WGTA_FPL): I'm locked on Aguero. Fulham have conceded the most shots in the box of any side in the Premier League, while Man City have had the most.

Ben Crabtree (@FC_CrabDogg): I've been tempted by Hazard the last two Gameweeks but have stuck with Aguero. I feel Hazard may be a safer pick but, if Aguero makes returns, the ceiling is higher. I'm 60-40 in favour of the Man City striker.

Mark McGettigan (@FPLGeneral): Hazard is coming in for me on a Wildcard this Gameweek, but he has disappointed me too many times in the past to be trusted with the armband. Aguero for me.