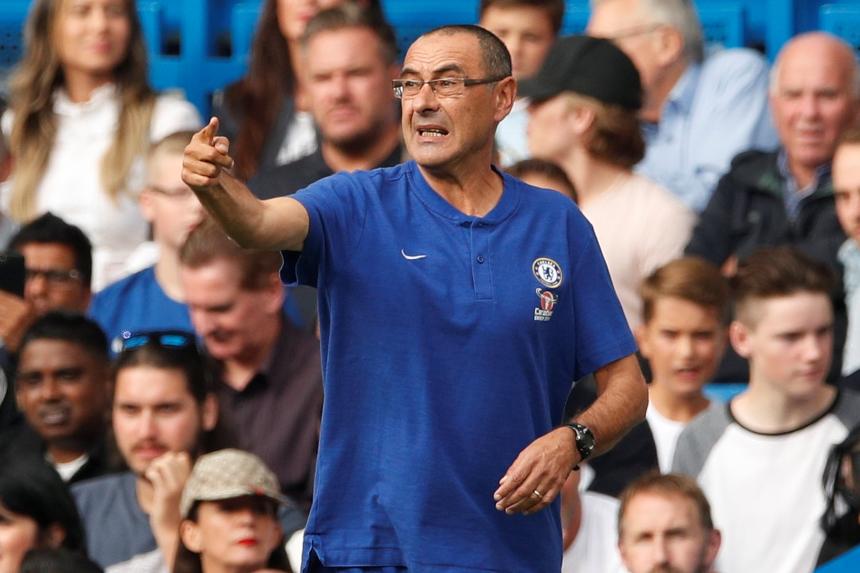 Settling in well External Link
What we learned in Matchweek 4

Less than a month into his first Premier League season, Maurizio Sarri already has a competition record in his sight.

The Chelsea head coach has started his maiden Premier League campaign with four wins out of four. His opening sequence has only been matched by five other managers, including three of his Stamford Bridge predecessors.

Jose Mourinho, Guus Hiddink, Carlo Ancelotti each achieved the same feat for the Blues, while Pep Guardiola and Craig Shakespeare got off to identical starts at Manchester City and Leicester City respectively.

If Sarri can mastermind victories in both of his next two fixtures, at home to Cardiff City on 15 September and at West Ham United eight days later, he will equal the record of starting a PL managerial career with six successive wins.

Ancelotti, in 2009/10, and Guardiola, in 2016/17, each managed six consecutive wins when they first came to the Premier League.

Liverpool, who are themselves on a first-ever four-match winning sequence at the start of a PL season, would then stand in the way of Sarri and a record-setting seven successive opening victories in a debut campaign.

Even if the winning run falls short, another record is on the horizon for Sarri if Chelsea can go seven more fixtures without defeat.

That would equal the mark for the longest unbeaten run by a team from the start of a season.

That run of 11 matches was masterminded by Frank Clark, for Nottingham Forest in 1994/95, helping the club to a third-placed finish.

The longest winning run in the Premier League at any stage of the season is 18, achieved by Guardiola’s title-winners last term.

Arsene Wenger's "Invincibles" hold the record for the longest unbeaten sequence, Arsenal going 49 matches without defeat between March 2003 and October 2004.