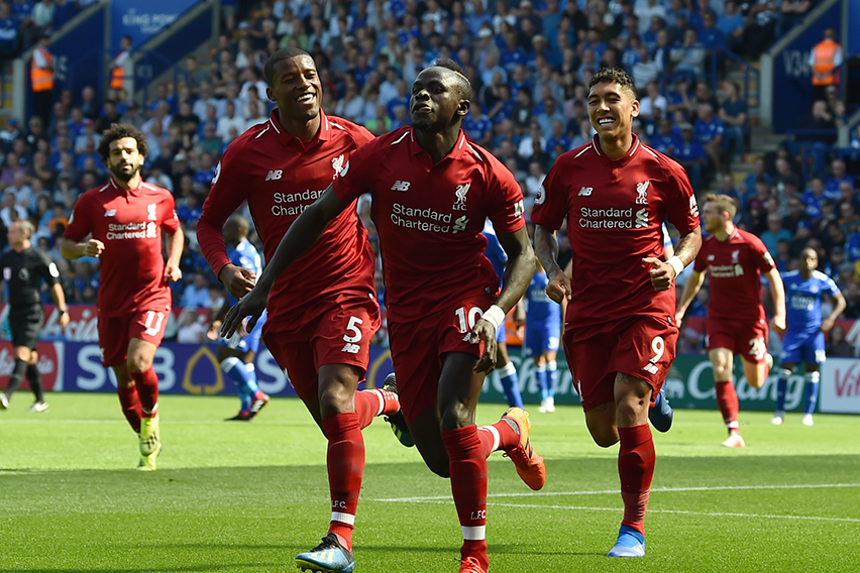 Fowler: Van Dijk is what Liverpool needed for years
Wright: Alisson will give forwards a chance

Liverpool maintained their winning start to the season with a 2-1 victory at Leicester City.

Sadio Mane opened the scoring on 10 minutes when he fired in after Andrew Robertson charged through and teed him up for his fourth goal in four matches.

Firmino headed in James Milner’s outswinging corner for his first goal of the season.

Rachid Ghezzal marked his first PL start for Leicester with a goal on 63 minutes, tapping in after Kelechi Iheanacho dispossessed Alisson, but Liverpool held on.