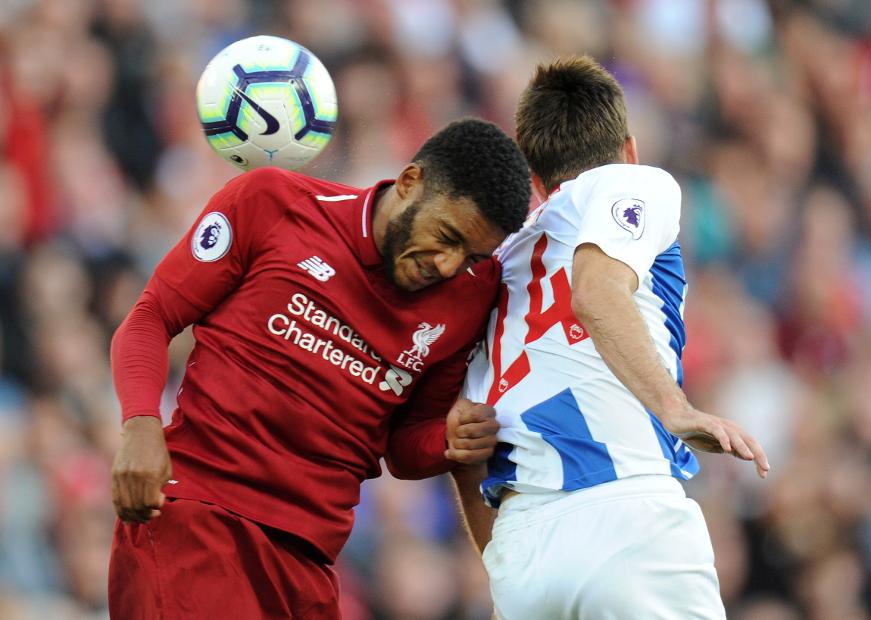 'We're so proud' - Mauricio on Old Trafford triumph External Link
Melchiot: Klopp is a manager you want to play for

After putting on another impressive display at the weekend, Alan Shearer believes it is time Joe Gomez received international recognition.

Gomez helped the Reds maintain their perfect start to the season and keep a third successive clean sheet in the 1-0 win over Brighton & Hove Albion.

So secure were Liverpool at the back that Shearer opted for three of their defenders in his Matchweek 3 selection, including the impressive 21-year-old, who has been capped three times.

"Gomez put on another powerful display against Brighton," says Shearer. "He should now earn a call-up to the England squad."

3️⃣ @LFC defenders are in @alanshearer's Team of the Week

How impressed were you with Liverpool's defence? pic.twitter.com/HMDdK1Kq4s

He made a wonder save from Raheem Sterling and another to keep Gabriel Jesus out to deny the champions a win.

He was solid at the back and such an attacking force down the right.

A rock at the back for Spurs. I’m sure Jose Mourinho would have wanted him in his team.

He put on another powerful defensive display against Brighton. He should now earn a call-up to the England squad.

In a back four that has yet to concede a goal this season, this was another assured performance.

Whether he's playing in midfield or anywhere else on the pitch, you know what you get with him. Superb again.

Up against David Silva, Fernandinho and Ilkay Gundogan, the Portuguese midfielder looked very comfortable against City. He was brilliant.

Was a constant threat for Watford going forward, scored a superb goal and could have had another.

Dazzling all night, he lit up Old Trafford with his great pace and sublime finishes for his goals.

Two very good headers, unlucky hitting the post for a hat-trick and bullied the Burnley defenders.

Deadly as usual. He scored his first goal in August last week and his first goal at Old Trafford this week! A brilliant header with precision and power to get his team going.

A very impressive achievement to win 3-0 at Old Trafford.