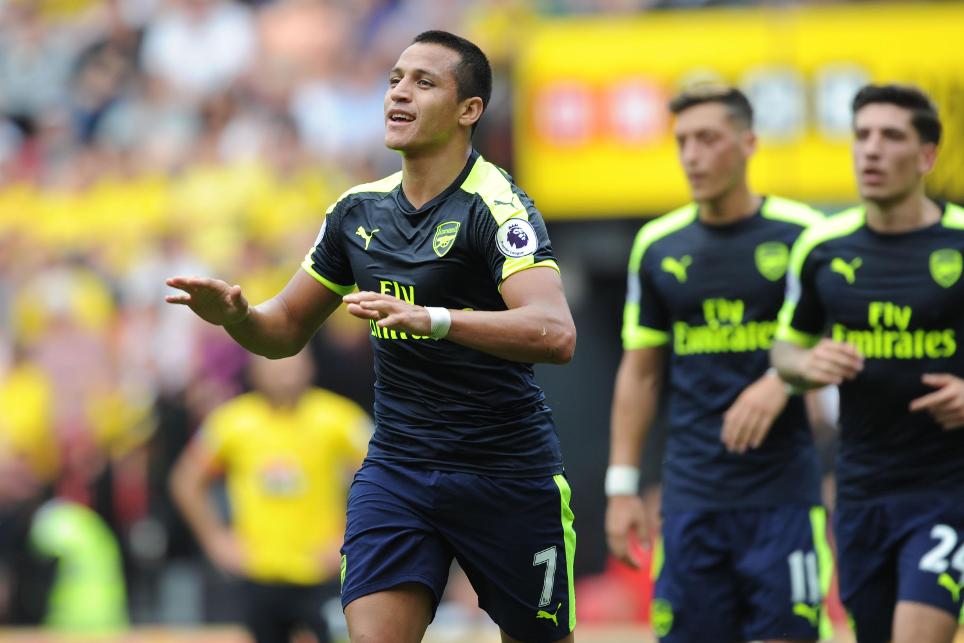 Delivering a tally of 117 points, the Gameweek 3 Dream Team had a fresh feel to it, with each of the XI earning their first call up of the season.

With only two forwards scoring over five points over the weekend, it also took on an unfamiliar 4-5-1 set-up with the big points provided from midfield.

An unlikely chain of events helped Stoke City's Shay Given (£4.5m) earn his place in goal.

The veteran keeper got a hand to Leighton Baines' (£5.5m) spot-kick at Goodison Park, only for the ball to strike the post and rebound off Given to register an own goal.

Nonetheless, the Potters keeper went on to make eight saves against Everton - the highest single tally so far in 2016/17.

Given's 39 Bonus Point System (BPS) score was also the biggest recorded by a goalkeeper this season, helping him to three bonus and a 10-point total.

Both also earned bonus points, with Valencia registering 38 in the BPS, the highest tally for a defender in the Gameweek.

Found in only 0.7% of FPL squads, Middlesbrough's Ben Gibson (£4.5m) secured a shut-out and the maximum three bonus points in the Hawthorns' stalemate.

Scott Dann (£5.5m) was the only member of the back four to rely on attacking points.

The centre-half - who netted five times last term - opened his account for the season, with a vital late header sealing a point for Crystal Palace against AFC Bournemouth.

Sanchez earned his first attacking returns of the campaign in the 3-1 win at Watford, recording the highest Gameweek BPS tally on show (46).

Sterling was just behind the Chilean on 45 BPS.

His two-goal salvo fired Manchester City to a 3-1 win and confirmed the winger as a hot property.

Owned by less than 7% heading into the Gameweek, Sterling has since been acquired by 100,000 FPL managers since Saturday's deadline. No player has seen more transfers in the last 24 hours.

Chelsea's Eden Hazard (£10.2m) still remains ahead of that pair in the overall midfield rankings.

Another effervescent display was capped with a second goal of the season against Burnley.

The Belgian has scored or assisted in each of the first three Gameweeks and has seen more transfer traffic than any other player since Saturday's deadline.

Willian (£7.4m) sits alongside his Chelsea team-mate, having also claimed a goal and three bonus points from the Burnley victory.

Deployed at left-back at White Hart Lane by Jurgen Klopp, Milner assumed spot-kick duties to stroke past Michel Vorm (£5.0m) and earn his side a draw.

He also scored from the spot, securing the Black Cats a precious away point at Southampton.

With over 42,000 transfers in, Middlesbrough's Alvaro Negredo (£6.8m) is the only striker to attract more investment than Defoe since the Gameweek 3 deadline.