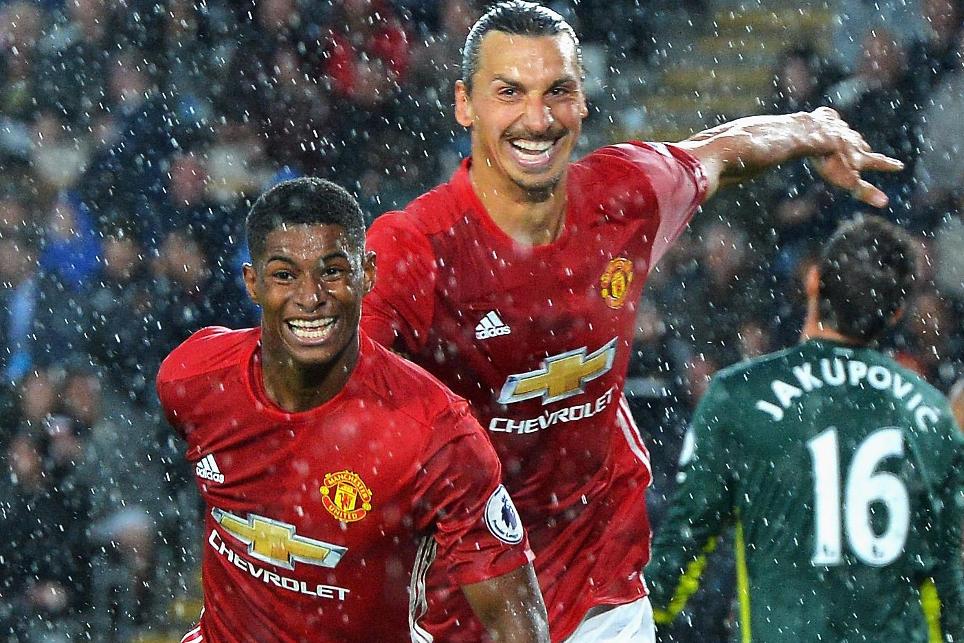 Does Valencia feel he is world's best? External Link

Davies: We Can Take Heart From Our Performance External Link

Antonio Valencia (£5.5m) earned the maximum three points thanks to a score of 38 in the Bonus Points System.

In an all-action display, the Ecuadorean produced three key passes and four successful dribbles, in addition to a pair of completed tackles and six recoveries.

Blind registered 36 in the BPS, thanks to 14 recoveries and nine CBI.

United took up the top seven places in the ICT Index from the match at the KCOM, due to an attacking display that produced 28 attempts on goal.

Wayne Rooney (£9.0m) led the way with a score of 15.4. The United captain produced three attempts, all from inside the box, and also created five scoring chances for the visitors.

Zlatan Ibrahimovic (£11.7m) was ranked second in the ICT. Although he missed the target with all seven attempts, the Swede earned an ICT Threat score of 97, more than any player in the Gameweek.

Rashford (£6.8m) clinched third position in the Index. The forward fired a later winner, courtesy of a Rooney assist, for an ICT score of 11.6. He registered three shots from inside the box in a positive second-half substitute display.

Curtis Davies (£5.0m) took top spot for ICT Influence with a score of 62. In another resilient defensive display, the Hull captain produced 28 CBI and two successful tackles to defy United time and again.

Owned by just 6% of FPL managers, Rooney’s assist took his tally to 16 points for the season, eight fewer than Ibrahimovic.

The United captain is ranked at the top of the ICT Index for forwards after three rounds of fixtures with a score of 36.4, and is priced at £9.0m to Ibrahimovic’s £11.7m.

Sitting in 56.5% of FPL squads, Ibrahimovic was unfortunate not to get among the goals for a third successive outing. He registered 20 touches inside the Hull penalty area and produced five shots from close-range.

The performance of both Rashford and Henrikh Mkhitaryan (£9.2m) off the bench will give Jose Mourinho food for thought. The latter fired four attempts on goal and will be pushing Juan Mata (£7.5m) and Anthony Martial (£9.5m) for a starting berth.

At the back, Valencia’s raids forwards mean the right-back has produced the most touches in the final third (100) for a defender this season.

Mourinho will need to monitor the fitness of Marouane Fellaini (£6.0m). An ever-present under the new manager, the Belgian sustained a back injury during the match, with Ander Herrera (£6.4m) his likely deputy.

Hull’s Davies continue to excel at the heart of the back four. He is ranked No 1 for ICT Influence for the season with a score of 162 and his total of 67 CBI is double the tally of all but five defenders.

Robert Snodgrass (£5.6m) was forced off for Hull in the second half with a calf complaint, with Shaun Maloney (£4.5m) likely to step in if the Scot has to sit out the Gameweek 4 visit to Burnley.