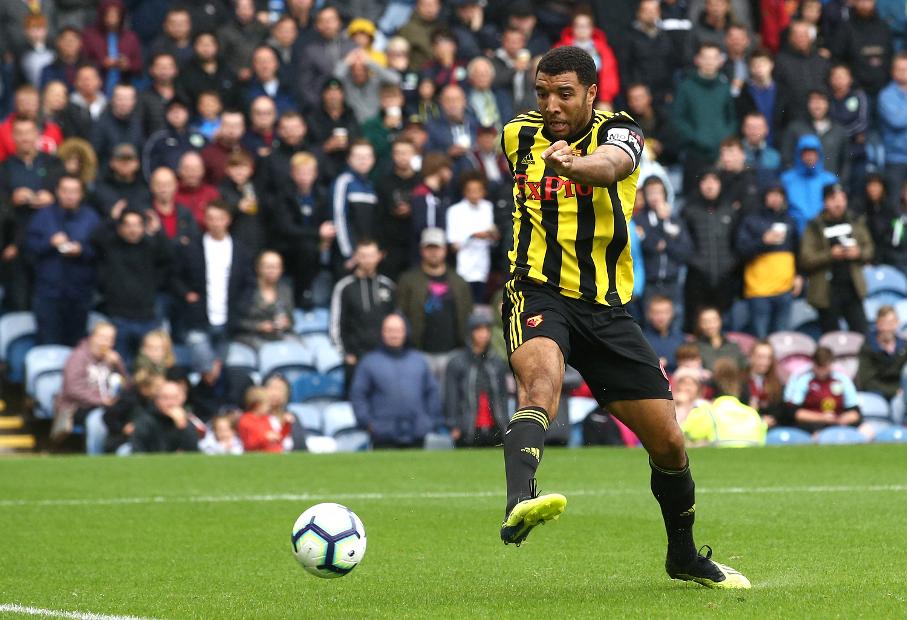 Deeney: You can see the togetherness External Link

Watford are among the six teams who have won their opening two fixtures as they prepare to host Crystal Palace, who are on three points.

Stefano Okaka is back in full training but the Watford striker will not be rushed back, says Javi Gracia.

Nathaniel Chalobah (knee) and Gerard Deulofeu (groin) are still out but could return in the next couple of weeks. Miguel Britos (knock) and Tom Cleverley (Achilles) are also unavailable.

Aaron Wan-Bissaka starts a one-match suspension for being sent off in Matchweek 2. Joel Ward and Martin Kelly are contenders to replace the right-back.

Roy Hodgson says Max Meyer, Cheikhou Kouyate, Jordan Ayew and Vicente Guaita are all ready to start but Pape Souare is doubtful with a knock.

Watford have only lost once in their last nine Premier League matches at Vicarage Road, winning five times and drawing three.

But the Hornets have won only two of their last 16 matches against Crystal Palace in all competitions (D4 L10).

If Troy Deeney scores it will be his 100th goal for Watford in all competitions.

Wilfried Zaha is looking for his first PL goal or assist against Watford for Crystal Palace, at the seventh attempt.