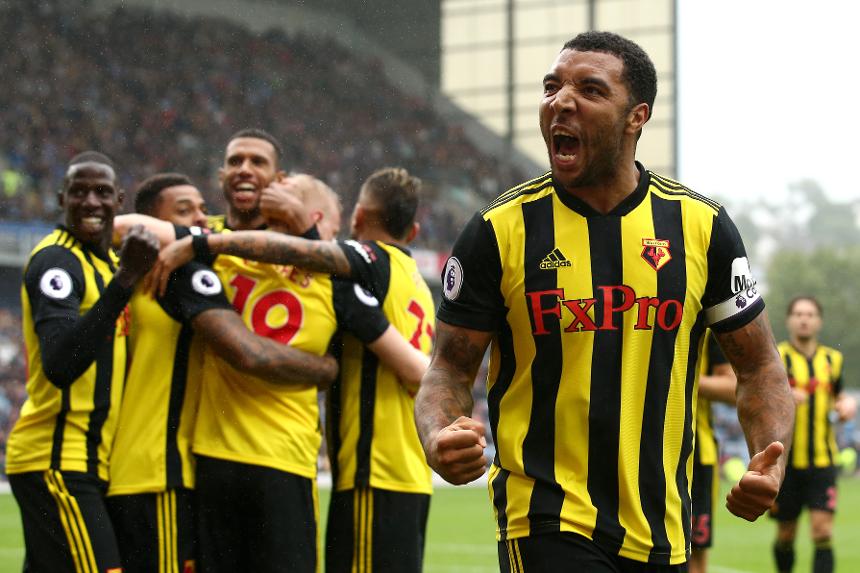 Deeney: You can see the togetherness External Link

Highlights: Burnley 1-3 Watford External Link
What we learned in Matchweek 2

Ahead of Matchweek 3's Premier League fixtures, here are need-to-know facts on each match.

Man City are looking to become the first reigning PL champions to win their opening three matches of the season since Man Utd did so in 2011/12.

Arsenal have not lost a Premier League London derby match at Emirates Stadium since January 2016 (1-0 v Chelsea). They have won six since, including 4-1 against West Ham last season, pictured above, and drawing three.

Since the start of the 2017/18 season, AFC Bournemouth have won a PL-high 24 points from losing positions. Their 2-1 win at West Ham in Matchweek 2 was the sixth time since August 2017 that they have won a league match they had been losing.

This match will mean Cardiff manager Neil Warnock has managed in this fixture in England's top three leagues, managing Huddersfield against Cardiff in the third tier in 1993/94 and 1994/95, and the Bluebirds in the Championship in 2016/17. He has never lost in this fixture (P6 W4 D2 L0).

Danny Ings is looking to become just the fourth player to score in his first two Premier League starts for Southampton after Ronnie Ekelund, Peter Crouch and Manolo Gabbiadini.

Liverpool are unbeaten in each of their last 22 PL matches at Anfield (W14 D8), keeping a clean sheet in the last six. They last kept seven consecutive home league shutouts in February 2007 (nine) under Rafael Benitez.

Watford are looking to win their opening three matches of a league season for the fourth time in their history. The only previous occasions came in 1988/89, in the second tier, 1997/98, in the third tier and 1998/99, in the second tier. In each of those three seasons they finished in the top five.

Since the start of last season Burnley have won 53 per cent of their Premier League points in away matches. That return of 29 points out of a possible 55 is a higher share than any other side.

Newcastle have won four of their last five home league matches against Chelsea (D1), including the above 3-0 victory on the final day of 2017/18.

Man Utd have won 21 of their 26 home PL matches against Spurs (D3 L2). They have completed victory in each of the last four without conceding a goal, Anthony Martial sealing a 1-0 win last season.