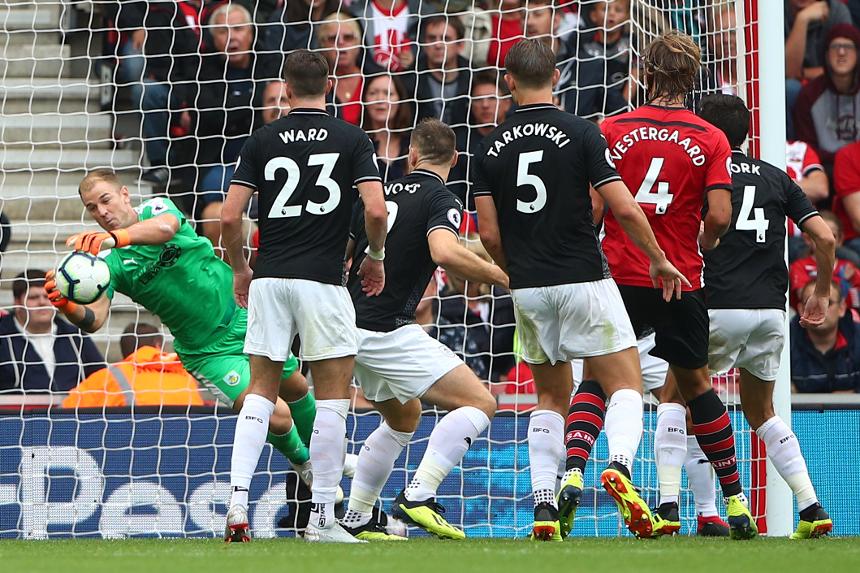 Goalkeepers Alex McCarthy and Joe Hart were the stars as Southampton and Burnley opened their Premier League seasons with a goalless draw at St Mary's.

Burnley had the upper hand for much of the first hour, with McCarthy saving from Aaron Lennon and Jeff Hendrick. Southampton's Jack Stephens also denied Johann Berg Gudmundsson with a superbly timed challenge.

Southampton pushed for a goal after the introduction of new signings Danny Ings and Mohamed Elyounoussi in the 56th minute.

Elyounoussi had a shot headed off the line by Ashley Westwood before Hart, on his PL debut for Burnley, saved from Stephens and Mario Lemina. Ings also came close with two efforts.