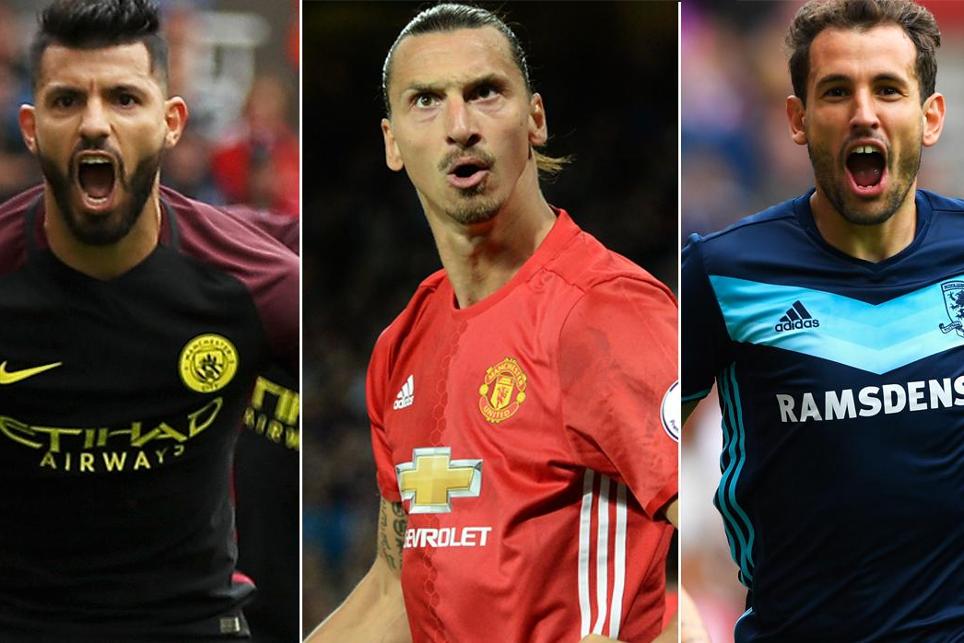 Manchester United’s new talisman scored both goals in the 2-0 win over Southampton. In doing so, he has attracted more than 200,000 new owners and become the first player to figure in two Dream Team line-ups, following a nine-point return at AFC Bournemouth in Gameweek 1.

Fittingly, the Swedish striker took his place in the XI alongside Manchester City’s Sergio Aguero (£13.1m).

The head-to-head battle between the two forwards as FPL heavyweights threatens to run throughout the season.

They earned 13 points each in Gameweek 2 to rack up 22 points apiece overall. They are both found in over 50% of FPL squads.

The Uruguayan’s two-goal salvo was decisive in the 2-1 win over Sunderland but had little impact on the FPL landscape.

Owned by just 1.8% as things stand and a total of 6,829 managers alone for Gameweek 2, Stuani will now hope for further opportunities to prove himself and emerge as a bargain asset.

Michail Antonio’s (£7.0m) presence in the Dream Team midfield is a welcome sight.

An 11-point return for his matchwinning performance against AFC Bournemouth came as a result of Slaven Bilic’s decision to shift Antonio forward from right-back. The winger could now become a key FPL asset should he hold off fierce competition for a regular role on the Hammers’ flank.

Davies has started the season superbly. He currently ranks top for goal attempts and clearances, blocks and interceptions (CBI) for defenders; he could easily justify his price tag over the season.

Patrick van Aanholt (£5.0m) is another defender that could present decent value.

The Sunderland backline is still in flux as David Moyes juggles departures and injuries, but Van Aanholt’s attacking prowess could overcome that.

The Dutchman struck four goals last term and was off the mark in the defeat to Middlesbrough on Sunday.

Burnley’s Tom Heaton (£4.5m) claims his first Dream Team spot between the posts courtesy of a 10-point return against Liverpool.

It is unlikely to be his last. Heaton finished second in the overall goalkeeper rankings in 2014/15 as part of a relegated Clarets side.

Luke Shaw makes up the Dream Team defence after keeping a clean sheet and earning the assist for United's second goal against Southampton, while Victor Wanyama takes his place in the midfield.

The Kenya international scored on his home debut at White Hart Lane, becoming the 138th different scorer for Spurs in the Premier League - a competition record.