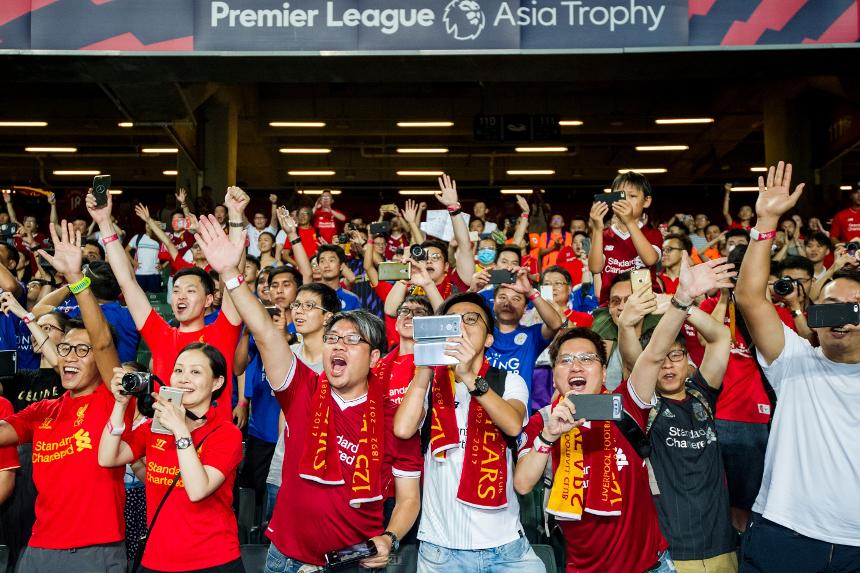 Research on the impact of British organisations and brands across the world has found that the Premier League draws people to feel positively about the UK more than any other.

The "British Icon Index",  produced by world-leading pollsters Populus, surveyed 20,000 people from 20 different countries and territories to understand their views on 10 of the UK’s best-known institutions, companies and brands.

Respondents were asked to rate each one on measures including whether they believed them to be modern, exciting, trusted, globally recognised and if they make them feel positively about the UK.

The Premier League, Rolls-Royce, Jaguar Land Rover, BBC and British Universities were the top-performing British Icons, each of them topping the poll in at least two countries.

In the Premier League’s case, it topped the Index overall, scoring highest in nine of the 20 countries.

Positive effect on views of UK

Nearly 70 per cent of all respondents said the League makes them feel positively about the UK, more than any other British Icon and this proportion rises to 87 per cent among Premier League followers.

"This Populus research highlights some of the fantastic organisations and institutions that help tell the story of global Britain and make people feel positively about this country," Premier League Executive Chairman Richard Scudamore said.

"At the Premier League, we aim to put on the best possible football competition and to engage fans and communities locally and globally. We benefit from having hugely popular clubs and players who attract people to our competition and to the UK.

"The positive influence football can generate was demonstrated brilliantly by the England men’s national team during the World Cup. Their performance will provide a boost to the entire English game and inspire more people across the world to take an interest in our football at all levels and in the country as a whole."

Minister for Asia and the Pacific at the Foreign and Commonwealth Office, Mark Field, said: "The UK has an enviable assortment of soft-power assets that help to promote Britain abroad and attract people to our country, and our football clubs do great work all over the world.

"The strength of the Premier League is well known and the performance of our young England squad at the World Cup will have endeared us to even more people and further benefited the UK’s reputation."

Rick Nye, Principal Director at Populus, said that the UK can be confident it has a range of icons that carry the story of "Global Britain" very effectively.

"In this study the Premier League is the most impactful performer overall because of its ability to engage people en masse regardless of their background and its reach within developing economies," he said.

"The likes of Rolls-Royce, Jaguar Land Rover and the BBC also scored highly, with the latter’s influence particularly strong in countries with long-standing ties with the UK.

"As the UK continues to aspire to project itself globally as open, outward-looking, trusted and successful during the challenges of Brexit these iconic brands have a key role to play in getting that message across."