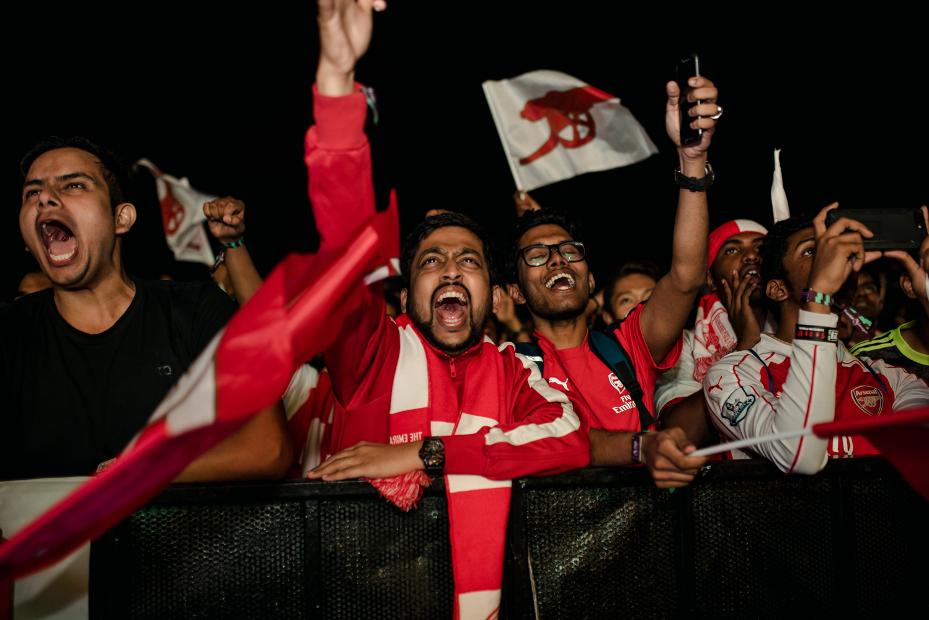 The "British Icon Index" by world-leading pollsters Populus has found that the Premier League draws people to feel positively about the UK more than any other.

We spoke to Rick Nye, principal director at Populus, to find out more about what the results of the research from 20 countries round the world showed.

What was the origin of the British Icon Index?
Nye: "The idea was to take the story that modern Britain was trying to tell about itself to the rest of the world and to see how far a range of British icons, household names, sectors of the economy and companies told that story.”

"We wanted to see whether different icons, parts of the economy and institutions played differently in different parts in the world. So we researched people’s views of some of Britain’s most recognisable 'icons': the Monarchy, British film and music, HSBC, the BBC, British universities, the Premier League, Jaguar Land Rover, Rolls-Royce and British Airways."

How did the different brands perform?
"The best performer turned out to be the Premier League. That, at least in part, was because when looking at people in different countries, there was often a familiarity about the Premier League that was greater than the other British icons tested.

"Across the 20 markets other brands such as Rolls-Royce and Jaguar Land Rover do consistently well. The BBC also does well. But what stands out about the Premier League is its ubiquity, its familiarity. That’s what raises it above the other icons.

"It isn’t top of each of the 20 countries, by any means. The US, for example, has its own strong sporting traditions and their high interest in the Monarchy was raised further by Meghan Markle’s wedding.

"Also, the icons such as the BBC and British universities perform well among people more sympathetic towards the UK.

"But the Premier League, Rolls-Royce and Jaguar Land Rover are icons people can like without necessarily feeling initially positive towards the UK. They pull people in because they’re attractive in their own right.

"The popularity of these brands and organisations introduce these people to what life in the UK is like, what the UK has to offer, as well as the thoughts and values that the UK feels are important."

How does the PL differ from other major brands?
“The Premier League does well across all of these 20 markets among the younger affluent parts of the population, among 18-34-year-olds from higher income groups. But interestingly there’s no great gender difference.

“The car brands, Rolls-Royce, Jaguar Land Rover, do better among affluent males than among affluent females, while British universities place second among the young affluent category.

"But the appeal of Premier League football is such that young, aspiring people, particularly in emerging economies, respond very well to it."

Has anything changed in people's perceptions of the brands you tested?
“What is interesting is that while there has been much turbulence since 2015 inside the UK, when you look at all the icons we’ve tested, they remain very powerful bearers of the kind of things that Britain wants to say about itself.

"It’s as true for the BBC, our universities, car makers as it is about the Premier League. These symbols are resilient enough to withstand all the present political changes and are hugely important in the kind of role we try to map out for ourselves in a post-Brexit world.

"As for the Premier League, there have been minor changes but its overall profile and what makes it attractive remains the same: it’s modern, admired and globally recognised."