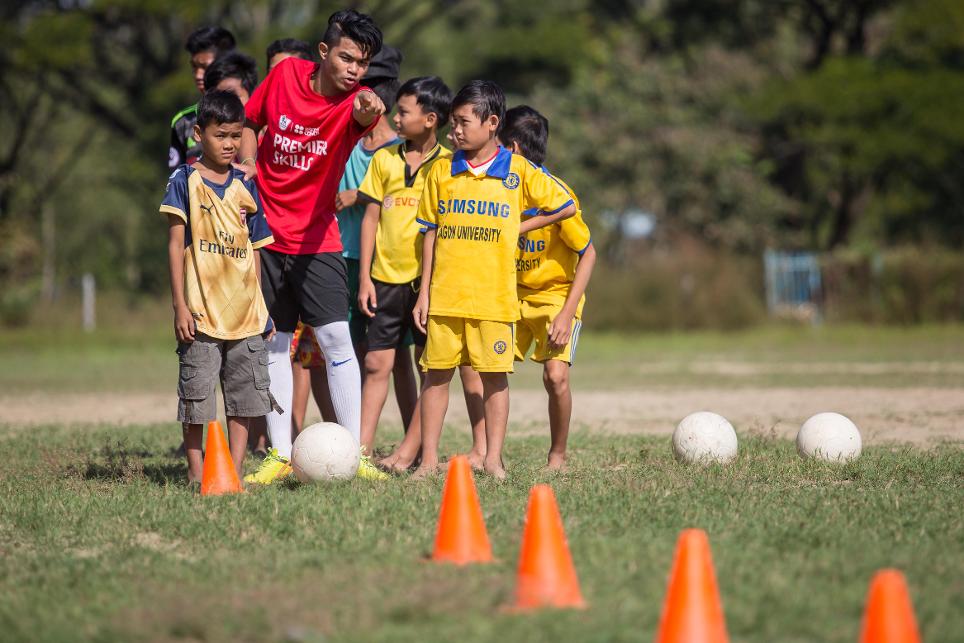 What is Premier Skills? External Link
'A good coach is one who plans and innovates'
League training coaches at Azraq Refugee Camp

For the past 10 years Premier Skills has been using football to inspiring inspire young people, often the most vulnerable in society across the world.

To mark the anniversary of the partnership between the Premier League and the British Council, an exhibition of photography and films highlighting the impact of Premier Skills around the world was held in London.

Images captured by award-winning photographer Charlie Clift as well as local photographers reveal how those who have taken part in Premier Skills are spreading its positive influence.

"Football is a sport that has the power to bring people together and in photographing this project I saw first-hand the incredible impact of the Premier Skills programme," Clift said. "It harnesses a passion for football to change in the lives of people across the globe.

"I expected to find enjoyment of a game and a sense of community.

See: What is Premier Skills?

"What I did not expect is to find was that for many people football is a second family, a support group and a driver of social change.

"It provides its members with excitement, a set of traditions and a hope for the future."

The exhibition also featured images taken by Clift that capture the passion fans around the world have for the Premier League.