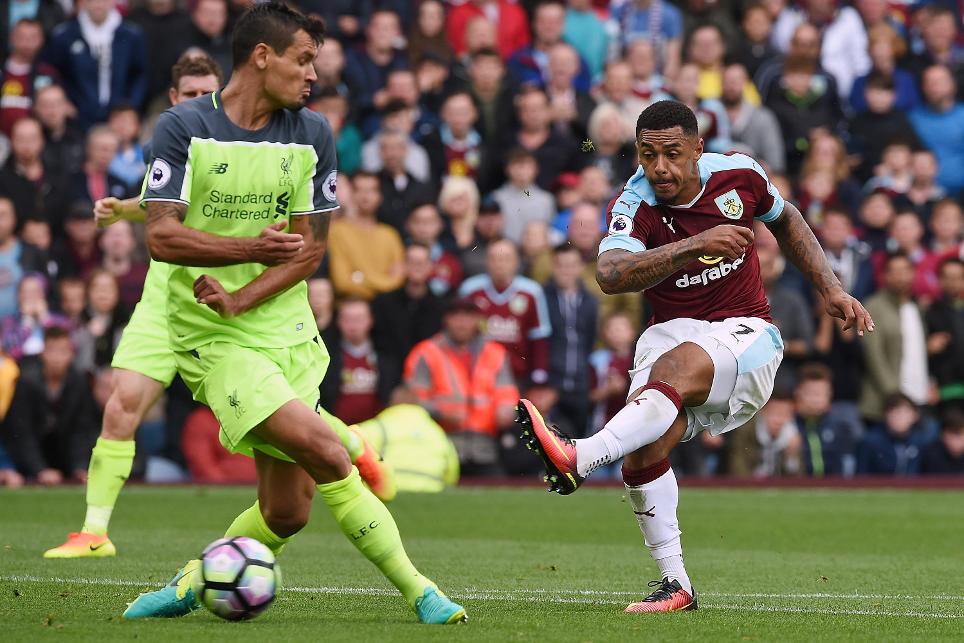 Wijnaldum: I've seen a lot of coaches, but none like Klopp External Link

Burnley recorded their first win over Liverpool in the Premier League with a 2-0 victory at Turf Moor.

The promoted side had never scored against the Reds, who had stunned Arsenal on Matchweek 1 with a 4-3 victory at Emirates Stadium, but Sam Vokes’s fierce shot after just two minutes ended that run. Andre Gray set up that goal and went from provider to scorer to double the lead eight minutes before half-time.

Liverpool were camped in the Burnley half for the second period but were unable to find a way past Tom Heaton in the home team’s goal.

After such an entertaining win six days earlier, Liverpool soon found themselves behind. Gray robbed Nathaniel Clyne and fed Vokes and the Wales international turned and fired home from the edge of the area.

Gray then found the net himself with a low left-foot shot from the edge of the area after he had collected a pass from record signing Steven Defour on his debut.

Liverpool pressed for a goal after the break with Philippe Coutinho, scorer of two goals against Arsenal, leading the attempts. But although they had five shots on target and more than 80% possession overall, Jurgen Klopp’s side were unable to beat Heaton and prevent a famous victory.