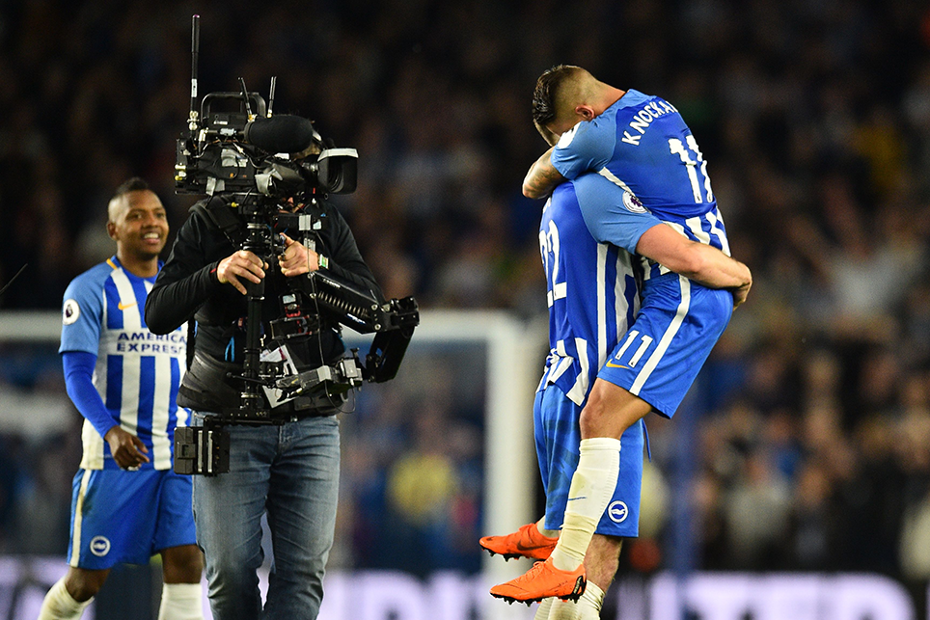 The Premier League has concluded the sales process for all its live broadcasting rights in the UK and Ireland for the three seasons 2019/20 to 2021/22.

In the UK, the rights consist of 200 live matches per season split into seven packages.

The League has now completed the sale of the remaining two UK live rights packages, one to BT Sport and the other to Amazon.

Package G, acquired by BT Sport, includes the rights to broadcast several fixtures from the split weekend, a new initiative that will create an opportunity for a mid-season player break.

Package F, acquired by Amazon Prime Video, includes the right, for the first time in the UK, to make available a full round of live Premier League matches.

52 matches per season consisting of
Package A 32 matches at Saturday 12:30
Package G 15 matches from two midweek fixture programmes and five matches from the split weekend

"We are extremely pleased that Sky Sports, BT Sport and Amazon have invested in these rights and all view the Premier League and our clubs as vital parts of their live sports offerings," Premier League Executive Chairman Richard Scudamore said.

"Sky and BT are established Premier League partners and provide first-rate coverage of the competition through their live-match broadcasts and comprehensive programming.

"We welcome Amazon as an exciting new partner and we know Prime Video will provide an excellent service on which fans can consume the Premier League.

"The interest in our UK rights is testament to the fantastic competition delivered by our clubs. This outcome will support their continued efforts to put on the best possible football and use their popularity and reach to have a positive impact on the sport and beyond."

In Ireland, the League has concluded the sale of 233 live matches per season split into eight packages of rights, the same seven packages of rights as in the UK and an additional package of 33 Saturday 15:00 matches.

"There is huge appetite for the Premier League in Ireland and we are very pleased to have concluded this process which ensures more matches than ever before will be available live from 2019/20 onwards," Scudamore said.

"We know that Sky Sports and BT Sport will continue to provide fantastic live-match broadcasts and programming for fans across the country, and we welcome Premier Sports as a new partner. We know they will make available high-quality coverage that will appeal to local fans."