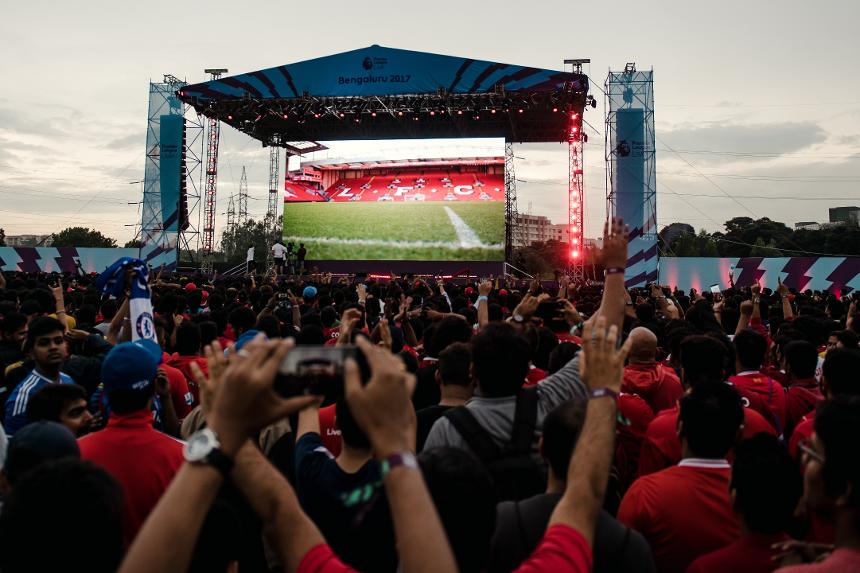 From 2019/20, increases in international broadcast income to be distributed based on where clubs finish in League

How does the Premier League distribute its broadcast rights?
New clubs welcomed to Premier League for 2018/19
Sales of UK and Ireland live TV rights decided

Premier League clubs have agreed a new formula for sharing any future increase in international broadcast revenue from season 2019/20 onwards.

The League currently distributes all international broadcast revenue equally between the clubs.

From season 2019/20, clubs will continue to share current levels of international revenue equally, but any increase will be distributed based on where they finish in the League.

The new formula for sharing any future increase in international revenues caps the ratio at 1.8:1.

This means the maximum that a club can receive in total central revenue payments is 1.8 times the amount received by the lowest-earning club.

Should future revenues rise to the point where the cap is reached, any additional income will be distributed so the 1.8:1 ratio is maintained.

"When the Premier League was formed in 1992 nobody could have envisaged the scale of international growth in the competition which exists now," Premier League Executive Chairman Richard Scudamore said.

"Back then the clubs put in place a revenue sharing system that was right for the time and has served the League well, enabling them to invest and improve in all areas.

"This new agreement will continue that trend with a subtle change that further incentivises on-pitch achievement and maintains the Premier League’s position as the most equitable in Europe in terms of sharing central revenues.

"By coming together and agreeing this change, the clubs have provided a platform for the future success of the League for many years ahead."

In the Premier League’s inaugural season, 1992/93, the ratio between the maximum and minimum a club received from central revenues was 2.1:1

This new agreement will maintain the Premier League's position as the most equitable in Europe in terms of distributing central revenues.

The League’s UK broadcast revenue, 50 per cent of which is shared equally between clubs and 25 per cent each of prize money and broadcast facility fees, will continue to be distributed in the same way it always has been, as will central commercial revenues which are shared equally.