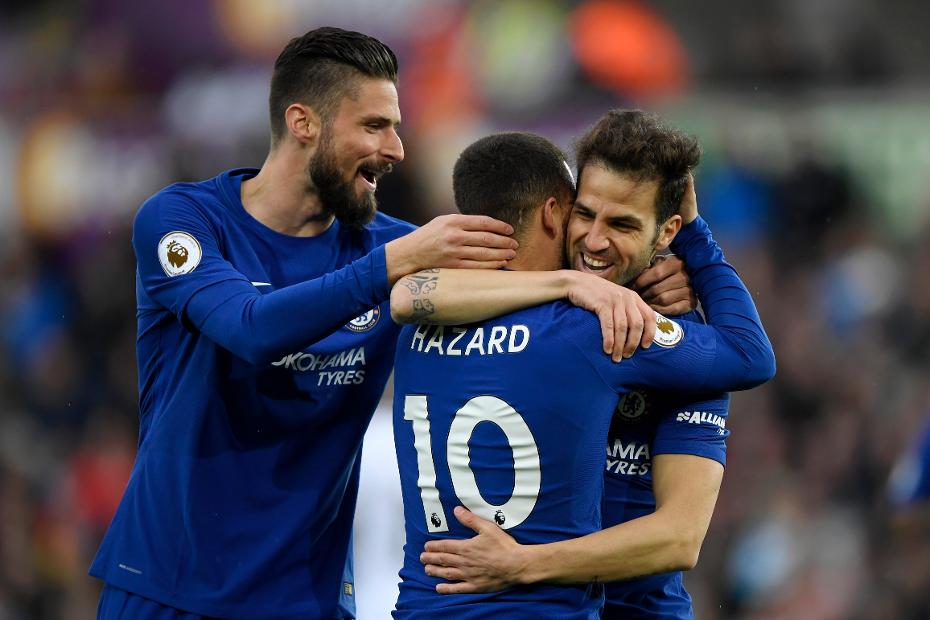 Chelsea boosted their top-four hopes with a 1-0 win over Swansea City at the Liberty Stadium.

Cesc Fabregas scored the only goal after just four minutes to earn a third consecutive away victory and deepen Swansea’s relegation fears.

The Spaniard curled his 50th Premier League goal past Lukasz Fabianski after being played in by Eden Hazard.

Swansea's best chances came when Andre Ayew headed over on 48 minutes and then curled a shot wide with 15 minutes remaining.

Swansea are 17th, a point above the relegation zone with three matches left.