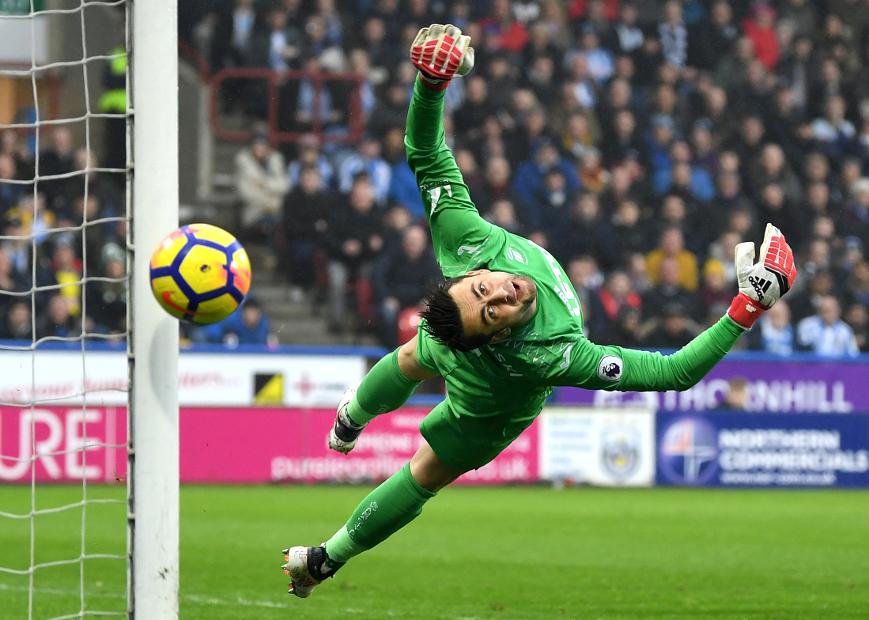 Ahead of match against Chelsea, Adrian Clarke analyses a goalkeeper whose statistics rank him among the elite in the competition

Lukasz Fabianski will be a key man this Saturday against a Chelsea side who have won their last three matches in all competitions.

He has been enjoying arguably the most consistent season of his career at Swansea City in 2017/18 and has yet to make an error leading to a goal.

Fabianski's 121 saves this season are second only to the 133 made by Jack Butland, for Stoke City.

The nature of his stops are what make him one of the competition’s best.

The Pole's reflexes and agility have helped him to pull off the most saves from inside the 18-yard area.

There is much more to his game than spectacular saves, though.

Fabianski has also become one of the most dominant penalty-box keepers since leaving Arsenal for South Wales in 2014/15.

During each of the previous three seasons he collected more successful high claims from crosses than any other player. In 2017/18, he ranks second only to Burnley’s Nick Pope.

For such a busy goalkeeper it is fair to expect some misjudgments.

But of the nine goalkeepers who have claimed 25 or more high balls, only Fabianski and Ben Foster have failed to make a successful catch on just one occasion. Everybody else has made more errors.

Fabianski's save ratio is bettered only by David De Gea and Pope.

The quality of chances they have to stop mean it is difficult to compare goalkeepers in this category, but it is noticeable that Fabianski has made the highest percentage of his stops from close range.

Chelsea will pose a tough test at the Liberty Stadium this weekend, but when they do apply pressure to Swansea's goal, the Welsh side can take confidence from their last line of defence.