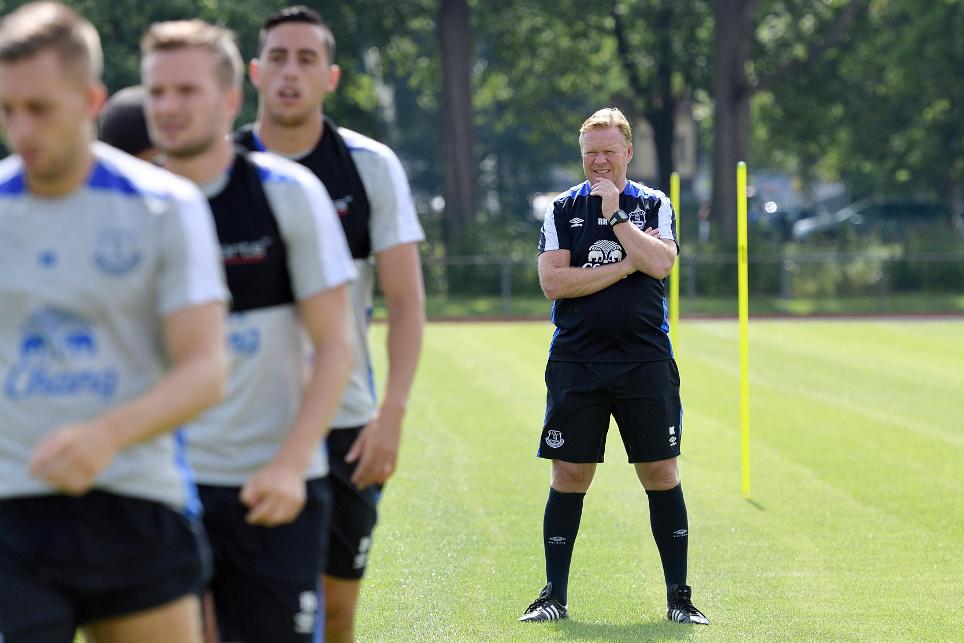 Which Everton Player Are You? External Link

With the new Premier League season only days away, we run the rule over all 20 clubs competing in the 2016/17 campaign.

With Ronald Koeman at the helm, Everton will be hoping to break back into the upper echelons of the Premier League after successive 11th-place finishes, having finished fifth as recent as 2013/14.

Everton breached the top four in 2004/05, which remains their best Premier League finish. They have finished lower than eighth only twice in the last nine years, both of those occasions coming in the last two seasons.

The Toffees could be late bloomers in the summer transfer window having signed one senior outfield player to date - Idrissa Gana Gueye from Aston Villa.

Goalkeeper Maarten Stekelenburg has also been drafted in from Fulham to cope with the loss of Tim Howard, while Steven Pienaar, Leon Osman and Tony Hibbert have all been released.

Koeman switched from his favoured 4-2-3-1 to a wing-back system at times at Southampton last season and flexibility is likely to be key in his early Goodison Park days.

The Dutchman has generally deployed his usual set-up throughout pre-season but how Everton will set up against Tottenham Hotspur in their Premier League opener will hang largely on any incoming signings/departures.

Having guided Southampton to their best Premier League finish last term as well as their highest points tally, Koeman takes charge on Merseyside with a PL record of 36 wins, 15 draws and 25 losses.

Everton lost only three of their opening 16 matches last term - to Man City, Arsenal and Man Utd - but 14 draws over the course of the season, a joint-league high, hindered their progress.

They finished the campaign with a second successive 11th-place finish, despite scoring 59 goals.

A 3-0 defeat of Barnsley kicked off their summer preparations before another three goals were scored with victory away to MK Dons.

Two matches in as many days ramped up their preparations in the Dresden Cup, which culminated in a penalty-shootout defeat to Gus Poyet's Real Betis.

They drew 0-0 at Old Trafford in Wayne Rooney's testimonial against Manchester United while they take on Espanyol on Saturday, 6 August.

Gerard Deulofeu, operating as a striker, has scored three goals in pre-season so far.

Muhamed Besic is set for six months on the sidelines after damaging his cruciate ligaments in the draw at Manchester United.

Central defender and captain Phil Jagielka suffered a hamstring injury last month and has missed much of pre-season but has been named on the bench for the Espanyol match.

Matthew Pennington sustained a similar knock against Real Betis while Arouna Kone has recently returned to training after a knee issue.

"Everton have a big history and we will do everything we can to try to reach what was reached in the past. That is difficult but I believe with all of the people involved at Everton and with the fans that anything is possible."

Romelu Lukaku scored 25 goals in 2015/16; his best return in a single season in English football.