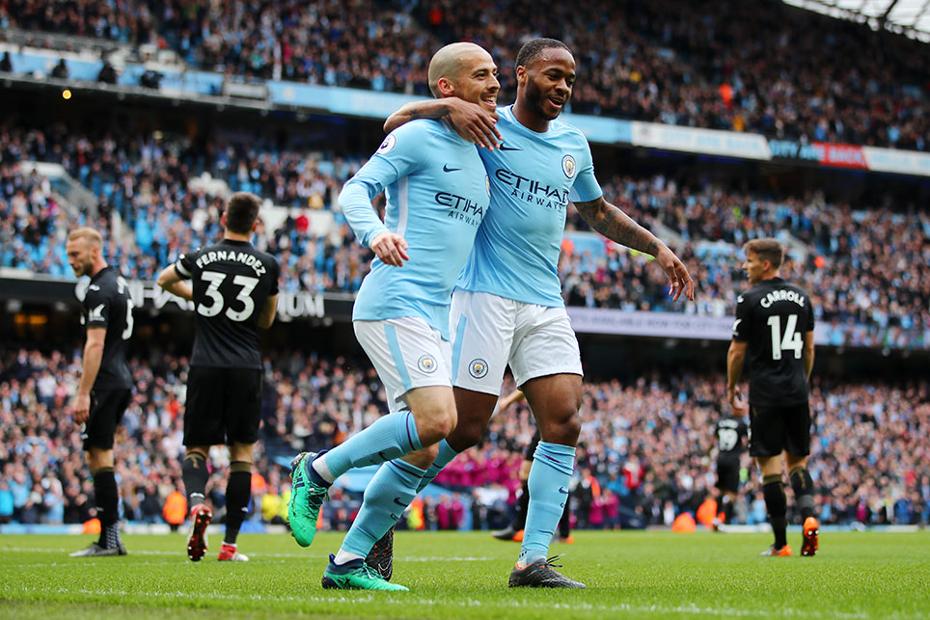 Manchester City remain key to the ambitions of Fantasy Premier League managers for the run-in.

There was no sign of Pep Guardiola’s newly-crowned champions stalling as a source of points in Fantasy.

Four members of Sunday’s line-up against Swansea City made the best XI for Gameweek 35, including a trio of midfielders who all produced double-figure tallies.

Three bonus points from Crystal Palace’s 0-0 stalemate with Watford give the Welshman a first double-figure tally of the campaign. Hennessey made five saves and 10 recoveries on his way to a second shutout in 12 Gameweeks.

Deputising for Kyle Walker (£6.6m) in the 5-0 win over Swansea, Danilo got the assist for the long-range goal of Kevin De Bruyne (£10.3m). He has made 11 starts this season, conceding in only three of those matches to supply an impressive eight clean sheets.

A fifth goal of the season in the 4-1 victory over West Ham United moves Monreal to within one of Marcos Alonso (£7.1m) as the Arsenal defender with the most goals. The left-back has only one clean sheet in his last eight appearances but has three goals and two assists across that spell.

The Palace centre-back returned a clean sheet and two bonus points from the draw at Vicarage Road, contributing 10 clearances, blocks and interceptions and eight recoveries. Sakho has kept four clean sheets this season, earning bonus points on each occasion.

Back in the Arsenal starting XI for the first time since Gameweek 32, Ramsey claimed a goal and an assist in the home win over West Ham to earn a third Dream Team call-up. Only three midfielders have bettered his average of 5.8 points per match this season.

A goal and maximum bonus points helped City's summer signing to a second Dream Team appearance of the campaign. Silva topped the Gameweek ranks in the ICT Index for both Creativity, with 65.8, and Threat, 74.0, after recording 14 penalty-area touches, two shots on target and five chances created.

The Man City winger recorded a ninth double-figure haul of 2017/18 thanks to a goal and an assist in the win over Swansea. With 38 points from his last five appearances, Sterling is the most-bought midfielder for the second Gameweek in succession.

A Dream Team debutant, Livermore netted his first goal of the campaign in West Bromwich Albion's 2-2 home draw with Liverpool to claim his season-high score of 10 points.

The playmaker scored in a home match for the first time since Gameweek 15 in the victory over the Swans. Silva has made six Dream Team appearances this season, joint-top with Sterling for Man City.

The Frenchman continued his fine recent form with a brace in Sunday’s victory over the Hammers. Lacazette has scored four goals in as many appearances since returning from injury, while 10 of his 13 strikes have come at Emirates Stadium.

A late equaliser against Liverpool helped the striker to the maximum three bonus points, earning him a first Dream Team appearance for 2017/18. Rondon has produced three goals and two assists in the last six Gameweeks and fired 11 shots on target over that period, more than any other FPL forward.