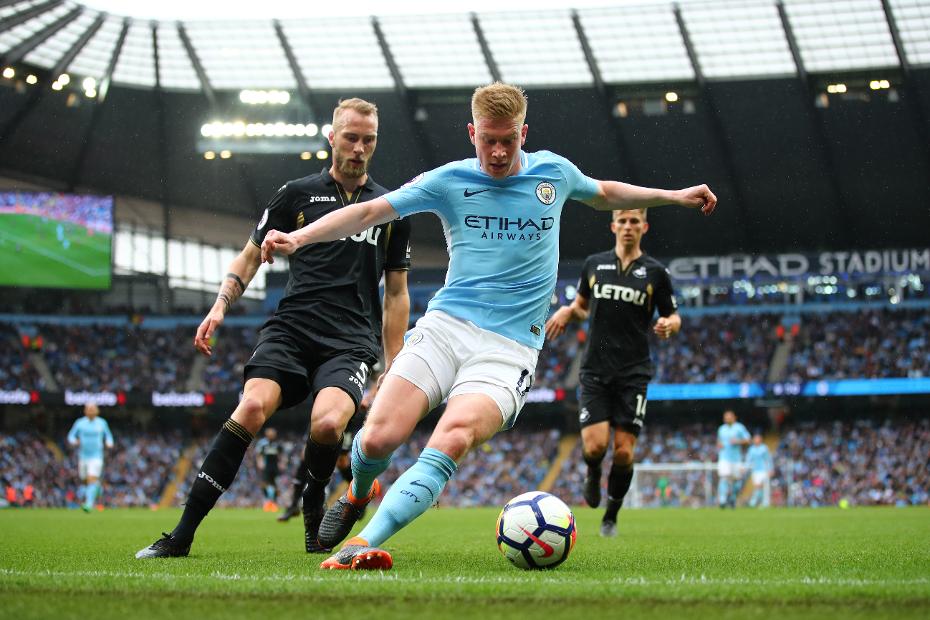 In celebrating their Premier League title in style with a 5-0 success against Swansea City, yet more competition records were broken by Manchester City.

Man City's dominance was such that they set records for possession, passes attempted and passes completed in a Premier League match.

Pep Guardiola watched as his side enjoyed 83 per cent possession at Etihad Stadium, beating the mark of 82.3 per cent they set when they claimed the title against Queens Park Rangers in the final match of 2011/12.

Man City also became the first team to attempt more than 1,000 passes in a match since such records began in 2003.

The champions sit in all the top five places for passes attempted, with all but one coming under Guardiola this season.

Most passes attempted in a PL match

Of those 1,015 passes, the 942 completed were also a high in a Premier League match.

Their passing accuracy was 92.81 per cent, but that has been beaten four times since such records began in 2003, including by City themselves, albeit with a much lower number of passes.

Manchester United hold the record here, with 93 per cent pass accuracy from 571 successful passes against Fulham, in August 2012.

But this might be the next record to fall to Guardiola's men as the manager maintains his objective to make his players perform better.

"The Premier League is won, now it’s the record. The numbers keep the players focused."