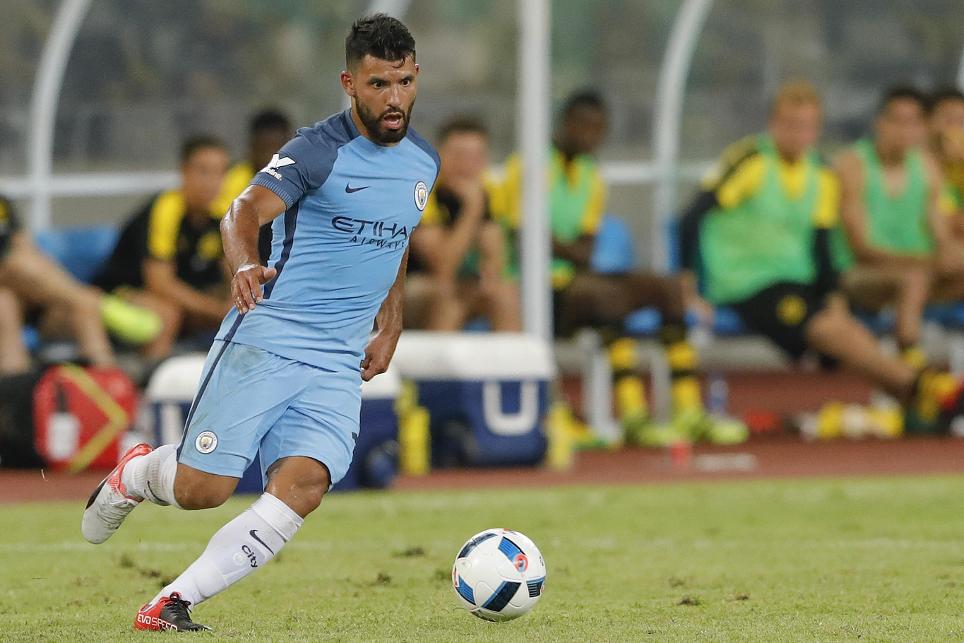 Fantasy Premier League managers have so far splashed out an average of £26 million on their three forwards - almost identical to the average sum spent across the five-man defences.

That outlay underlines the importance of investment in assured FPL assets, offering the best possible guarantee of a consistent flow of goals and points.

With that in mind, it is no surprise to find Manchester City's Sergio Aguero (£13.0m) dominates the pre-season thinking, along with Manchester United's marquee signing, Zlatan Ibrahimovic (£11.5m).

Aguero is part of 37.8% of squads, having scored 50 goals in his past two Premier League seasons, amassing 400 points along the way.

The Argentinian could have his Gameweek 1 pitch time curtailed as a result of his Copa America exertions but will head into the Etihad meeting with Sunderland (13 August: Man City v Sunderland) as a standout for the FPL captaincy.

That is a status he's likely to maintain week-to-week, a crucial factor when weighing up the hefty price tag.

Having recorded 113 goals and 44 assists in 122 league matches for Paris Saint-Germain, Ibrahimovic is expected to rival Aguero's FPL points output.

The 34-year-old could take time to adjust to the demands of the Premier League but will surely play a pivotal role in Jose Mourinho's Old Trafford revolution.

Over 32% are currently backing the legendary Swede to hit the ground running.

Those are surprisingly low figures for players who both delivered 211 points last season and can be backed to push 20-goal returns once again.

That pair both trail Everton's Romelu Lukaku (£9.0m), who heads into the campaign off the back of a career best FPL tally. The Belgian has so far claimed 23.3% ownership.

That trio all command more than 10% ownership, with Long leading the pack following a 10-goal return from 28 appearances last term.

Gray is threatening to close on the Saints' striker as he continues to blast goals throughout the Clarets' pre-season.

Having claimed 23 strikes and eight assists in Burnley's promotion campaign, Gray has notched eight times over five summer outings, including a hat-trick in Saturday's 3-1 weekend win at Rangers.