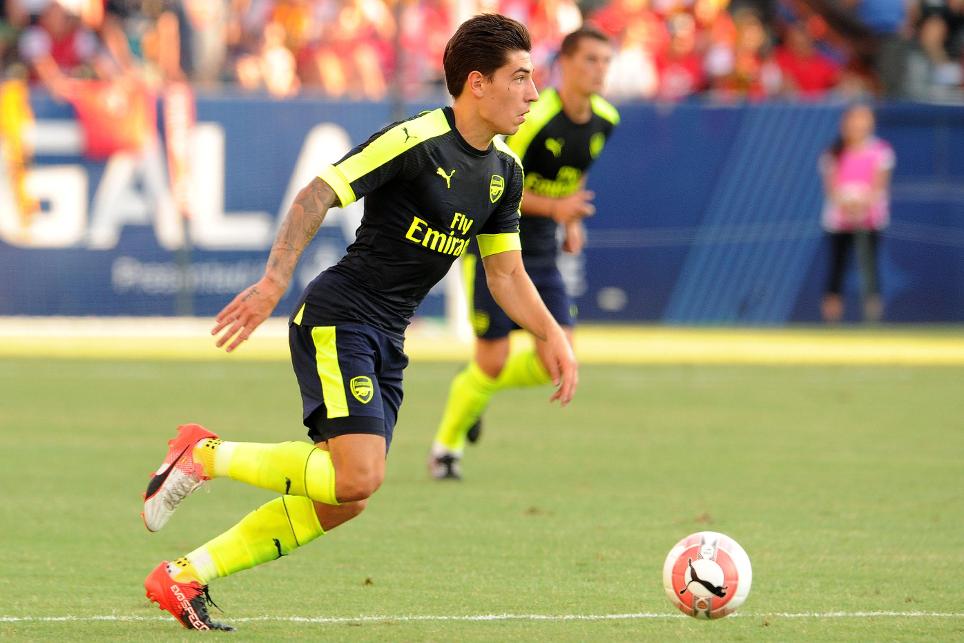 Our ongoing analysis of Fantasy Premier League squad selection trends now shifts to defence as we weigh up the current top targets.

Arsenal's Hector Bellerin and Tottenham Hotspur's Toby Alderweireld are the most expensive options available at £6.5m and yet investment in the pair has flowed.

Bellerin commands 31.3% ownership and his North London rival can be found in 26.6% of squads.

With Bellerin's team-mate Laurent Koscielny (£6.0m) also proving a popular target (17.9%), it is clear that FPL managers are showing little hesitancy in splashing the cash among their five-man backline.

The recent injury to Per Mertesacker (£5.0m) may yet have a say prior to Gameweek 1.

With the German potentially sidelined for up to four months, Arsene Wenger may bolster his defence but could turn to Gabriel (£5.0m) in the interim; that could force Bellerin and Koscielny owners to rethink.

Both Kyle Walker (£5.5m) and Danny Rose (£6.0m) present alternatives to Alderweireld in the Spurs ranks, claiming 16% and 8% ownership respectively.

Rotation around UEFA Champions League ties is the concern, though. We saw throughout last season's UEFA Europa League campaign that Mauricio Pochettino can opt to rest his first-choice full-backs.

Wes Morgan's (£5.0m) popularity is unsurprising. He expertly marshalled the title-winning Leicester City defence to 15 clean sheets last season and has attracted interest from 23% of managers.

Team-mate Christian Fuchs (£5.5m) could again outscore his skipper and has found his way into 11.6% of squads. But there could be a cheaper Foxes option available.

Robert Huth (£5.0m) is suspended for Gameweek 1 and that could hand new signing Luis Hernandez (£4.5m) an opportunity to claim regular starts.

Shaw's 15.9% ownership should profit from his attacking raids down the left following a return to fitness. Along with Antonio Valencia, (£5.5m) they present viable alternatives to the popular David De Gea (£5.5m) as coverage of Jose Mourinho's defence.

Azpilicueta can be found in 14.2% of squads and looks the most assured option in Antonio Conte's backline.

Kurt Zouma's recovery could change matters. The imposing centre-back is available for £5.5m and his return to fitness, mooted for September, may signal a shift in ownership.

West Bromwich Albion pair Gareth McAuley and Jonny Evans are among the most popular options in the £4.5m bracket, along with Swansea City's Federico Fernandez.

That trio should offer assured starts, although the same cannot be said for Watford's Juan Carlos Paredes (£4.0m).

The Ecuadorian has been targeted by 17.1% of managers as a means of preserving funds but may struggle to figure regularly on Walter Mazzarri's team-sheet.