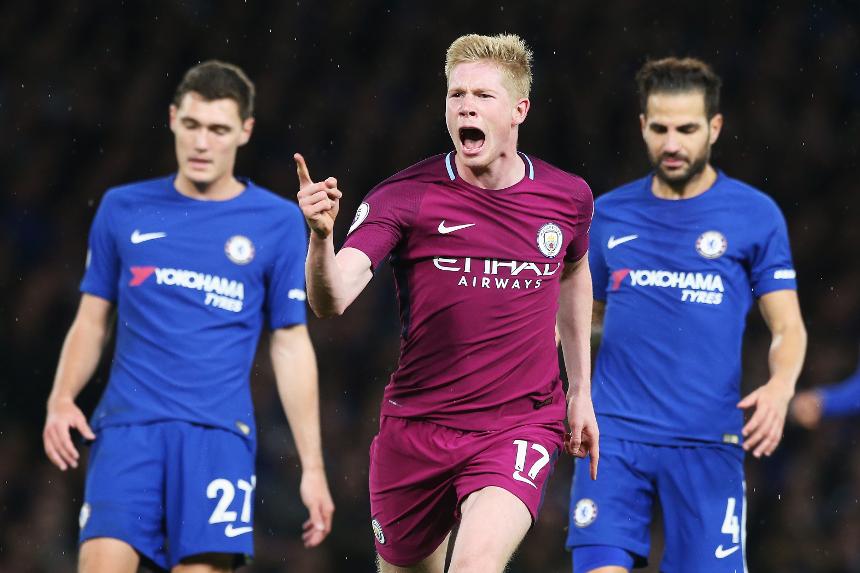 Guardiola delighted with his title-winning stars External Link
Kompany: We can do better next season

Manchester City have been confirmed as the 2017/18 Premier League champions after Manchester United's defeat by West Bromwich Albion on Sunday.

Pep Guardiola's team have been the dominant force throughout the campaign, setting numerous records in pursuit of success.

Here we look at five key matches that defined their landmark season.

Raheem Sterling’s goal seven minutes into stoppage time earned Guardiola’s side a second Premier League win of the season as they came from behind at Vitality Stadium.

Despite the absence of Sergio Aguero, City dominated at Stamford Bridge and victory concluded a flawless month in which they won all four matches without conceding.

Guardiola called it the finest display he has seen since becoming City's head coach as his side took apart Stoke at the Etihad Stadium to move two points clear.

History was made as Man City became the first team to win 14 successive PL matches in a season, equalling the record of Arsenal, who did it across two campaigns in 2002.

Aguero scored four times in the second half as Leicester City were dispatched at the Etihad Stadium. De Bruyne also starred with three assists, the first of which arrived after just two minutes and five seconds.

The win sent Man City 16 points clear, the largest lead since Man Utd in April 2013, coincidentally over City themselves.