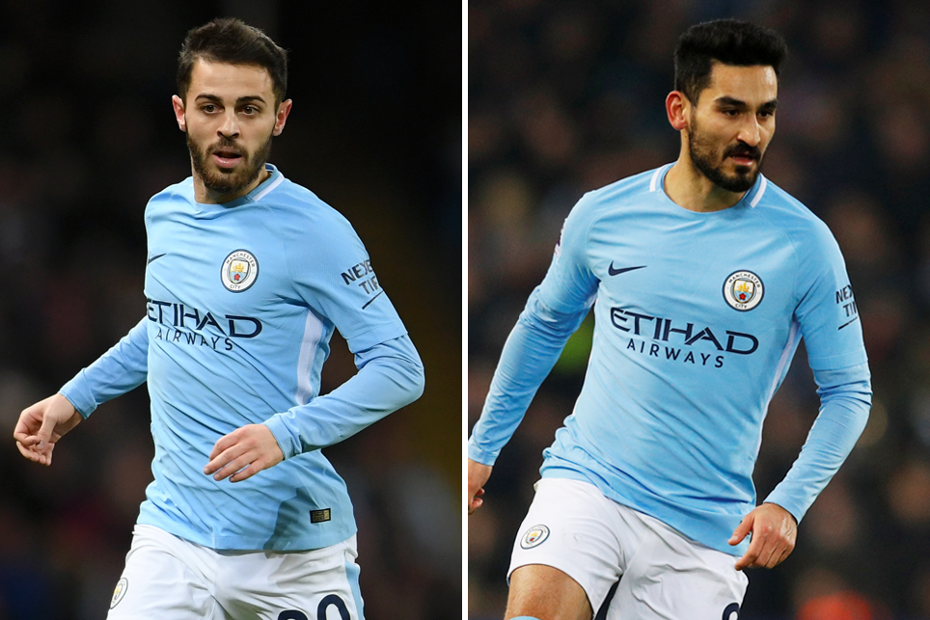 With Man City on the brink of the title, Adrian Clarke assesses two unsung midfielders vital to their cause

Up next... Derby Day External Link

Manchester City have won many plaudits this season but, with Pep Guardiola's team on the verge of the Premier League title, two players perhaps have not got the credit they deserve.

Bernardo Silva and Ilkay Gundogan have primarily been used as back-ups by Guardiola, but have still featured in 29 and 23 Premier League matches respectively.

They have both made important contributions.

Competing with Raheem Sterling on the right of the attack, the 23-year-old has delivered wonderful moments with his left foot.

His curling goal at Arsenal was a highlight, and he has also scored against Chelsea, Liverpool and Stoke City.

The Portugal international has created four goals, too. Only Kevin De Bruyne, David Silva and Leroy Sane can beat his minutes-per-assist rate.

Silva’s busy playing style is perhaps the best of his strengths.

He is always on the move, eager to create space for himself and others. The winger made the most sprints of any City player in his last two starts against Arsenal and Chelsea.

Gundogan has showcased his value to the team.

The German can offer Guardiola versatility, shining as a box-to-box midfielder or as a deep-lying playmaker.

Gundogan is hardworking, but his distribution that stands out.

His pass accuracy of 91.5 per cent makes him the best midfield passer on City's books.

The discipline of his performance when deputising for the injured Fernandinho at home to Chelsea last month was incredible.

Gundogan remained exclusively inside the middle third and ran the show with a remarkable 181 touches.

That was a match-high figure and 74 ahead of the combined total of Chelsea’s midfield pairing of Cesc Fabregas and Danny Drinkwater.

It was a special performance in which Gundogan completed 167 passes, a PL record, with an accuracy of 96 per cent.

If Guardiola decides to start Silva or Gundogan in Saturday’s derby against Manchester United, it is hard to say he will be weakening City side at all.

These two brilliant footballers would walk into almost every other side in the division.

Part 1: Huddersfield Town must keep a close eye on Murray
Part 2: How Robertson can outshine Baines in derby