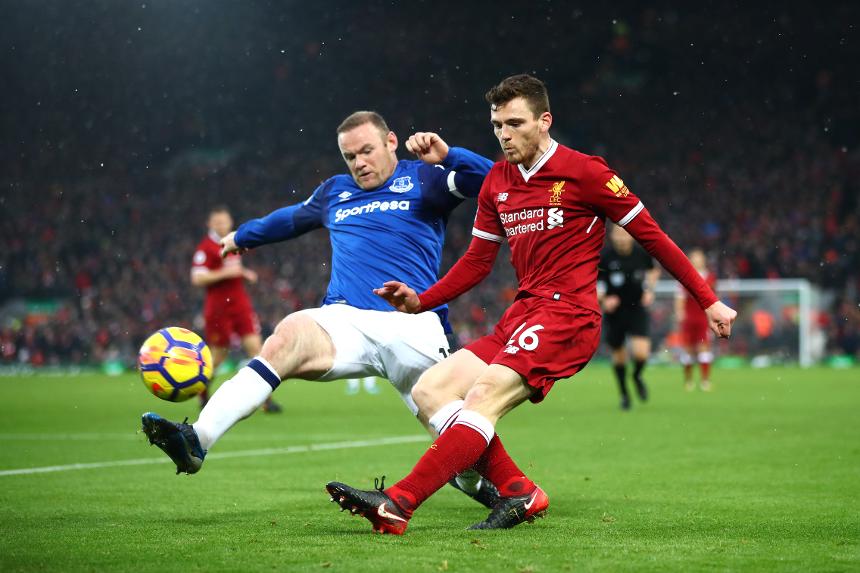 Andrew Robertson’s rapid development has been one of several major plusses for Liverpool this season.

The 24-year-old initially found it hard to displace Alberto Moreno as first-choice left-back, but since December the Scot has been a regular in the starting XI.

Liverpool are undoubtedly more solid defensively with Robertson in the team.

They concede 0.89 goals a match when he starts, compared with 1.38 without him.

Robertson’s positioning is sound and he makes precious few mistakes.

In 19 Premier League starts, only four goals scored by opponents have come from areas he occupied, and he was not at fault for any of them.

Jurgen Klopp encourages Robertson to attack from full-back, too.

He is regularly fed the ball by his team-mates and his average of 64 passes per 90 minutes is bettered by only two players in his position, Kyle Walker and Nacho Monreal.

His keenness to move the ball forward is shown by the fact that the player to have received the most of his passes is Sadio Mane.

Excluding corners, he has put in 82 crosses in total, way ahead of the next Liverpool player, Trent Alexander-Arnold, on 69.

His crossing accuracy can improve, with only 10 having been successful, but he is an outlet Klopp’s men are always prepared to use.

The Liverpool left-back’s displays have been reminiscent of his opposite number on Saturday at Goodison Park, Leighton Baines.

In advanced areas the 33-year-old is a more accurate crosser than Robertson (as shown in the table above) but the Everton player’s attacking ambitions may be limited this weekend as he will also have to shackle Liverpool’s forwards.

The formbook suggests that even if Robertson will have to be wary of the pace of Theo Walcott, Baines will be the one who will have to do more defending.

It will be fascinating to see how two of the best left-backs in the country will perform, at both ends of the pitch.