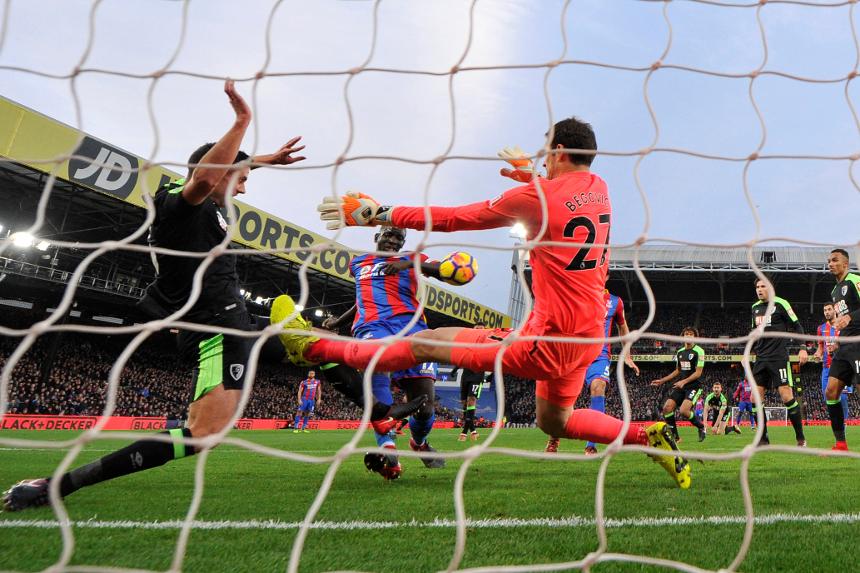 There has been a goal in the 89th minute or later in the Cherries’ last six PL matches, with four of those strikes affecting the result.

The latest of those was scored by AFC Bournemouth’s Jermain Defoe, who holds the PL record for goals registered in or after the 90th minute.

The 35-year-old achieved that feat for the 15th time with his added-time equaliser at Watford on Saturday.

This will all be a concern for Palace, who have unfortunately become accustomed to late agony recently.

Tottenham Hotspur, Manchester United and Liverpool have all grabbed late victories at Selhurst Park in the last six weeks.

There was similar heartache for the Londoners at Newcastle United in October as they lost 1-0 to an 86th-minute Mikel Merino strike.

As a result, Roy Hodgson’s side have been denied four valuable points in their fight against relegation.

However, Palace have also benefited from late goals, scoring eight themselves in the final 10 minutes of matches.

Two of those came in one fixture. The Eagles were 1-0 down at home to Watford after 89 minutes, but Bakary Sako and James McArthur struck at the death to secure a dramatic victory.

And Palace would have had another late winner had Manchester City goalkeeper Ederson not saved Luka Milivojevic’s penalty in the second minute of stoppage time on New Year's Eve.