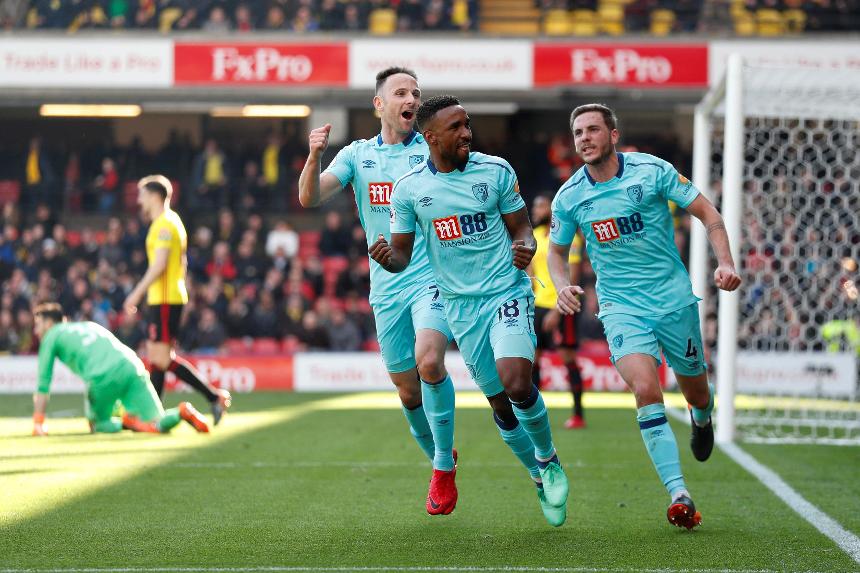 If there is a chance for a last-minute goal, who would be the player you would want it to fall to?

History says Jermain Defoe should be that man.

The 35-year-old rescued a point for AFC Bournemouth at Watford on Saturday with a goal in the second minute of stoppage time.

In so doing the striker reaffirmed his status as the player to depend upon for late goals.

His record is four goals better than his nearest rivals, Frank Lampard and Robin van Persie, who both netted 11 goals from the 90th minute.

Defoe is also seven goals ahead of any active PL player, with Harry Kane below him on the list with eight. Wayne Rooney and Alexis Sanchez are next on seven.

Defoe also reinforced his status as the Premier League's most effective substitute.

His goal on Saturday was the 24th he has scored after coming off the bench, seven goals clear of anyone else in PL history.

Four of the next six players in that list are also active: Olivier Giroud has 17 goals, while Daniel Sturridge, Chicharito and Peter Crouch each have 15.

So Defoe could yet be caught. But his next fixture would suggest he is more likely to extend his records.

On Saturday he is set to face a Crystal Palace side against whom he has scored twice in each of his last three matches.