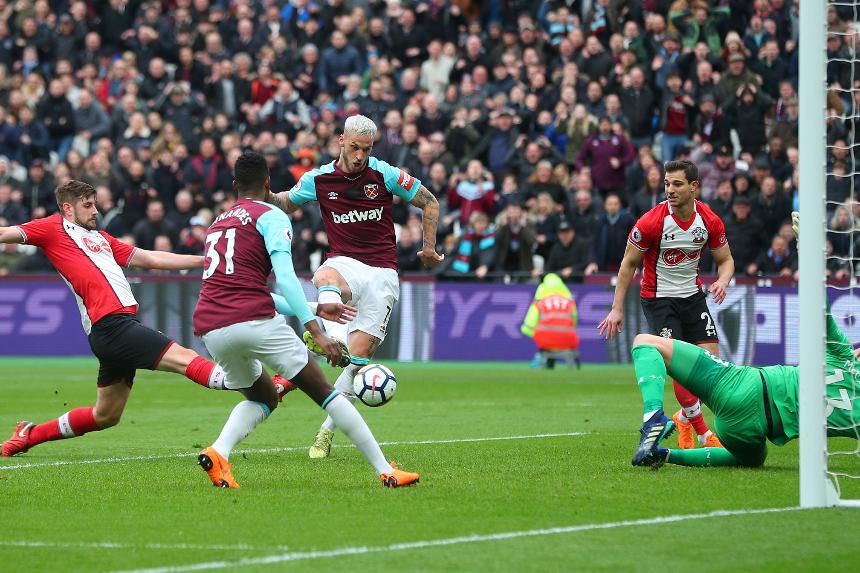 Arnautovic: We all enjoyed Saturday’s performance External Link
How walking football got Bob's life back on track

A change in position has revived Marko Arnautovic (£6.9m) as a Fantasy Premier League option and his form could yet be a big factor over the season run-in.

The Austrian was the top-scoring player in Gameweek 32 with 16 points, scoring a brace and earning maximum bonus in West Ham United's win over Southampton.

That performance typified his recent form for the Hammers.

Arnautovic has been a revelation since being moved up front by manager David Moyes for the visit of Chelsea in Gameweek 16.

He scored the decisive goal in that derby victory, his first of the campaign.

Eight more have followed and only Mohamed Salah (£10.7m), with 17, has scored more goals among FPL midfielders since Gameweek 16.

Indeed, the comparison does not end there.

Arnautovic has scored a goal every 123.1 minutes and fired 21 shots on target since Gameweek 16.

Again, only Salah among midfielders can better those figures with 79.8 minutes and 29 shots.

Despite those nine goals, along with four assists in only 13 starts, Arnautovic remains largely overlooked in FPL.

West Ham United's fixtures could be behind that lack of interest.

Four of their remaining opponents score four or more in the Fixture Difficulty Rankings (FDR), with Chelsea, Manchester City, Manchester United and Arsenal still to play.

But home meetings with both Stoke City in Gameweek 34 and Everton on the final day look profitable.

And with the Hammers still battling to stave off the threat of relegation, they will be driven to get results and goals against tougher opposition.

Arnautovic will be confident of troubling Chelsea once again at Stamford Bridge on Sunday.

The Blues defence have only one clean sheet from their last seven Gameweeks and they will be wary of the Austrian.

Arnautovic has scored or assisted 59 per cent of West Ham's goals since moving up front.

That suggests that he can come through a testing run-in and go on providing exceptional value in Fantasy.