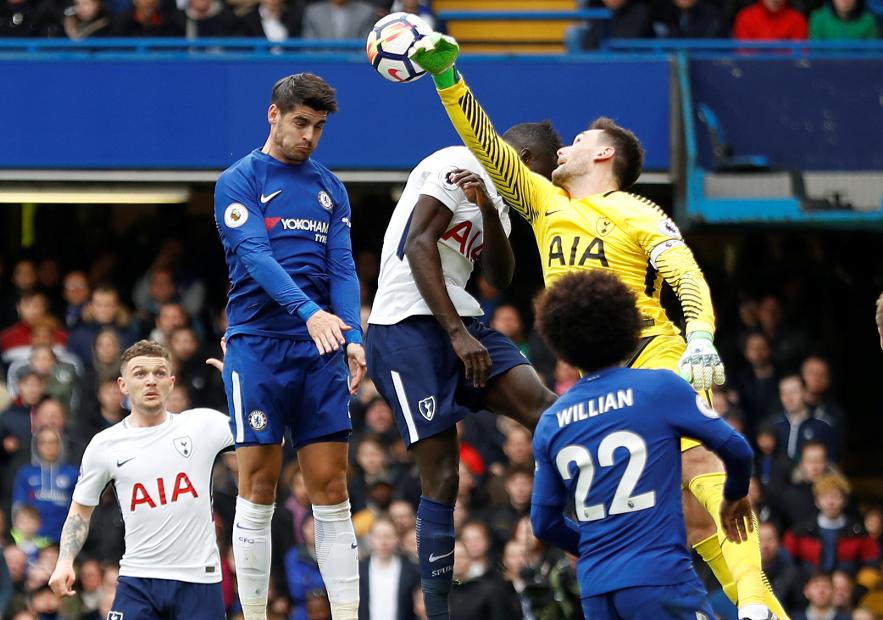 With his goal against Tottenham Hotspur on Sunday, Chelsea striker Alvaro Morata set a club record.

Morata headed in Victor Moses' cross to give the Blues the lead before they succumbed to a 3-1 defeat at Stamford Bridge.

The Spain striker's 11th goal of the campaign was the seventh he has scored with his head, more than any other player has managed this season.

Indeed Morata's headed haul is also the most by a Chelsea player in a Premier League season.

The Blues have now scored a league-high 14 headed goals in 2017/18, two more than nearest challengers Arsenal, who have 12.

Morata is within two goals of a 20-year Premier League landmark.

The record for the most headers scored in a Premier League season is nine, set by Everton's Duncan Ferguson in the 1997/98 season.

Morata has seven matches left to match the Scottish striker.

But he is not alone in seeking to match Ferguson's feat. Fit-again Spurs forward Harry Kane is only one headed goal behind the Spaniard this season, while Manchester City's Sergio Aguero is also in the running with five.