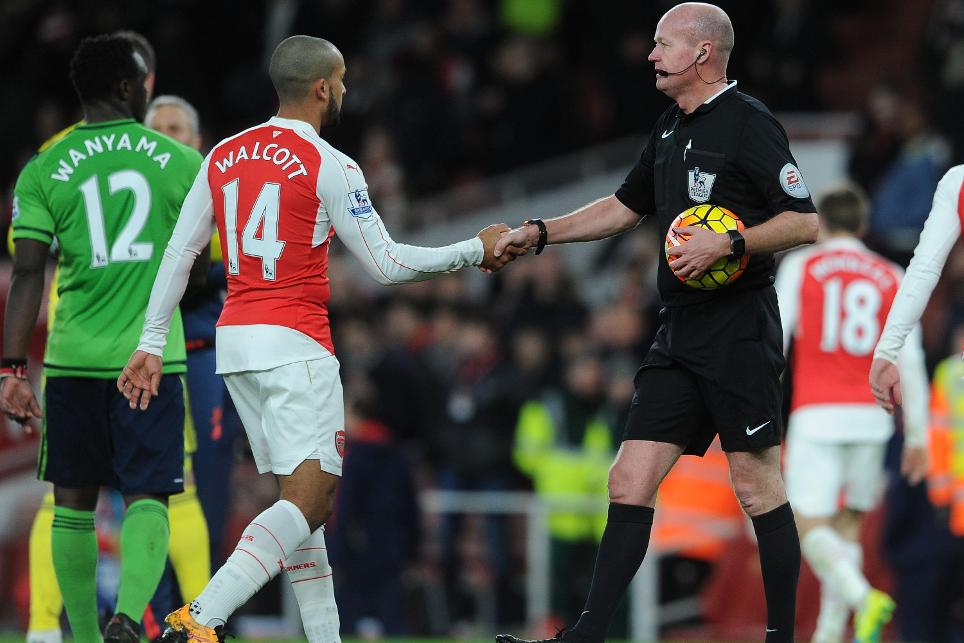 Heads of PL, EFL and FA explain joint initiative to improve behaviour in the game

The three bodies that oversee English football, the Premier League, the English Football League and the FA, announced today a unified approach to reduction in unacceptable behaviour by players and managers and their heads have given the reasons for the announcement.

The PGMO, which is in charge of the referees, have been asked to police more rigorously incidents such as dissent towards match officials from the 2016/17 season and such a decision came after discussion with clubs as to measures to address such behaviour.

"Premier League football and English football is known at home and abroad for being competitive and compelling, but also played in the right spirit," Richard Scudamore, Executive Chairman, the Premier League said.

"We and our clubs have been discussing for some time concerns that certain elements of player behaviour are overstepping the mark – the mass confrontations, overt displays of dissent and offensive language. We are viewed by millions week in week out – including lots of young people – and it is our collective position that these types of behaviour should no longer be tolerated.

"That is why the Premier League, EFL and FA have tasked the Professional Game Match Officials with confronting these type of incidents and issuing appropriate sanctions in the form of cautions and sendings-off.

"Things happen in the heat of the moment during fast and highly competitive football; we still want to see the passion fans enjoy and demand, but players and managers have to be aware there are lines that should not be crossed.

"That is why we are working together with our EFL and FA colleagues to promote positive behaviour from all participants in the game.

"This shift in emphasis will involve PGMO referees responding more directly to these incidents and we will be communicating this to our managers, players and fans over the summer, ahead of what we hope will be another fantastic season of football."

Shaun Harvey, the EFL chief executive, sought to distinguish this announcement from past initiatives.

"Our domestic football has traditionally been admired for its excitement and sense of fair play. However, there are rising concerns amongst supporters, clubs and the football authorities about declining standards of on-field behaviour by some players and managers," Harvey said.

"This season will see the introduction of a second group of full-time referees, who will primarily oversee matches in the Championship, so it is therefore a good time for the EFL, in conjunction with the Premier League and FA, to ensure that match officials have the full support of the football authorities to apply the relevant laws in the interests of the game.

"To be clear, this is not designed to be just another ‘Fair Play’ initiative in order to encourage better conduct by players and managers, this is a clear set of instructions from the football authorities to referees to take action against certain behaviour that we will not tolerate in our matches."

The FA welcomed the Premier League and EFL working together on promoting positive behaviour.

"It will help reinforce the proactive approach The FA has taken to supporting referees when dealing with disciplinary issues in recent years," Martin Glenn, chief executive, The FA said.

"We all have a collective responsibility to ensure high standards of respect are maintained – from the grassroots to the professional game. Above all, we don't want youngsters mimicking incidents of dissent or abuse they see on TV in the school playground or the park pitches. English football relies on its officials and anything we can do to protect and promote the work of our 28,000 referees in this country is to be supported.

"Also, it is essential we continue to ensure The FA Cup, a competition respected for its history, tradition and innovation, reinforces the importance of positive behaviour and good sportsmanship."

"We still want to see the passion fans enjoy and demand, but players and managers have to be aware there are lines that should not be crossed"

The initiative also has the backing of the associations representing the participants whose behaviour will be policed, the players and managers, the Professional Footballers' Association and the League Managers Association.

"The PFA, as the representative of the players in our professional game is, and always has been, mindful of its responsibilities to the game, the spirit of the game and adherence to the Rules," Gordon Taylor, the PFA chief executive, said.

"From this aspect, we work with all the other Stakeholders to protect and enhance the image of the game with due regard to the fact that football is a game of passion, physical contact and extremely competitive.

"We do, and continually, update our disciplinary rules, code of conduct and sanctions whilst emphasising sporting integrity with our PFA Bobby Moore Award highlighting the teams with the best disciplinary record and proving that fair play and success can go together.

"With more games broadcast domestically and internationally than ever before we will continue to underline this message as an example to spectators and the next generation of players."

Richard Bevan, chief executive of the LMA, said his organisation backed "plans to continue to improve participant conduct in all aspects of the game".

He added: "English clubs are fortunate to be managed by some of the most talented managers in world football, whose contributions make our game the most entertaining and followed in the world. Managers such as last season's Premier League winning manager and LMA Manager of the Year, Claudio Ranieri, set a tremendous example for managers, coaches, players and fans worldwide, balancing their competitive edge with respect for their opponents and fair play.

"Everyone within a club has the responsibility to ensure that proper standards of conduct are upheld at all times. Where there are incidents of misconduct the individuals will be appropriately reprimanded in line with The FA’s disciplinary procedures. We work with the managers and coaches who receive disciplinary sanction to help them take pro-active steps to prevent future misconduct.

"We are also delighted to see a new phase of increased investment in the training and development of the Professional Game Match Officials.

"We look forward to working alongside all stakeholders and together continue to raise standards across all areas of the game."