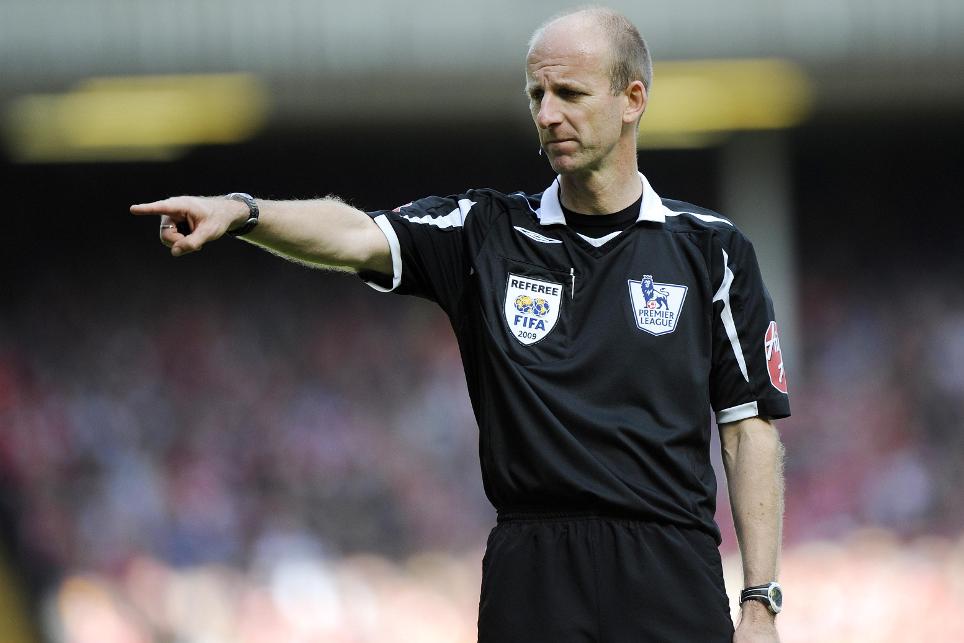 The remit for Professional Games Match Officials Limited (PGMOL) is much wider than looking after the training, development and match appointments of 78 referees and 247 assistant referees.

For General Manager Mike Riley and his management team it involves working closely with no less than 11 external bodies and groups. As Mike explains, PGMOL’s working year is never quiet.

Refereeing does not exist in isolation and it is incredibly important to continually build the co-operation and communication between players, managers and match officials.

The reduction in the number of free-kicks and yellow cards in the Premier League last season underlined the progress made.

The expertise of the LMA and PFA sees their members used as the Premier League’s Match Delegates. They judge our on-field standards, monitor performance and coach the next generation of officials, particularly in game and player management and tactical appreciation.

We meet quarterly, but there is regular contact and we can move quickly on issues such as two-footed tackling last season. We met to get consensus on the issue before providing in-season guidance to player and managers.

At the beginning of the season we have a briefing with all managers, and every club squad also receives a visit from a Select Group referee to brief them on Law and what we’ll be looking out for during the season.

A second meeting is then scheduled during the season where current issues can be discussed to further develop understanding and communication.

This group meets quarterly to discuss and suggest to FIFA changes in the Laws of the Game. It brings together the organising bodies responsible for the game in this country, the LMA, the PFA and club representatives. It’s very purposeful: there is a FIFA Task Force on Denial of a Goalscoring Opportunity that we have been feeding in to and work by Dave Allison, who looks after the English Football League referees, saw a Law introduced so that you can’t score direct from a drop-ball.

I’m England’s representative on the Referees Committee (Development), whose job it is to develop training standards for match officials throughout the world. FIFA has a network of training contacts to inform best practice and we promote our officials for participation in FIFA tournaments. Former Select Group officials Steve Bennett and Neale Barry are FIFA Referee Assistance Programme Instructors and have recently been joined by Howard Webb who has completed the FIFA Instructors course.

In partnership with the FA Referees Committee, PGMOL works closely with UEFA to promote referee development. I’m also one of six former Select Group referees who are UEFA matchday observers. Not only does that give us good insight into refereeing standards across Europe but, with Martin Atkinson and Mark Clattenburg, we’ve also had a front row seat on the implementation of fifth officials.

The Premier League is seen as a model of best practice for refereeing and we share that knowledge around the world. With the Asian Football Confederation we have seven of their Project Future talent referees come to work with the Select Group every winter.

The Japanese Football Association also send two of their officials over here and last season one of them became the first non-Englishman to take charge of an FA Cup game.
In return every season we send two Select Group referees to officiate in the Japanese J-League. We also have longstanding relationships with other FAs such Iceland, Australia, New Zealand and, more recently, Major League Soccer.

Training of match officials was added to coaching initiative Premier Skills in November 2010. PGMOL has provided coaches to train over 300 grassroots referees and assistant referees in 14 countries across Africa, China, South East Asia and Mexico.

Our 17 Select Group referees are the very top of the tree but there are 28,000 local referees in England looked after by the Referees’ Association and many of them aspire to reach the Select Group. So we have a job to do to motivate and deliver high quality training to that next generation of officials. On average, Select Group official’s attend in the region of 100 meetings and training events in the season to aid the development of other referees.