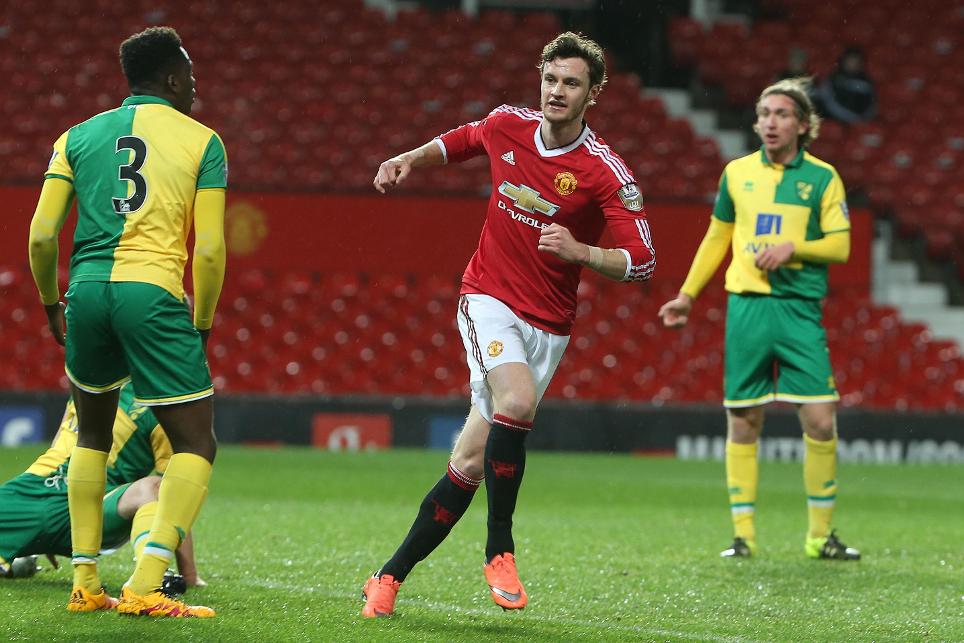 Will Keane produced a glut of goals as Manchester United won the Under-21 Premier League title last season, with Premier League 2 replacing it from this campaign.

His form that earned him his first senior Premier League appearance for the club since December 2011.

When he returned to United in January he started with a bang, scoring a hat-trick in an Under-21 match at Reading before netting five against Norwich City a few weeks later.

His fourth goal against the Canaries, a delicate chip in a 7-0 victory, won him the Under-21 Premier League’s goal of the season award.

In all he scored 10 goals and assisted four in his eight matches for the U21s during the season as the Red Devils won the title for the third time in four years.

His goalscoring form earned a return to the senior squad on 13 February, Keane coming on as a late substitute in a 2-1 Premier League defeat by Sunderland.

The striker, whose twin brother Michael is in the Premier League with Burnley, will hope scoring the first goal of the Jose Mourinho era at Old Trafford, in a friendly with Wigan Athletic, will increase his chances of following in Marcus Rashford’s footsteps in 2016/17.