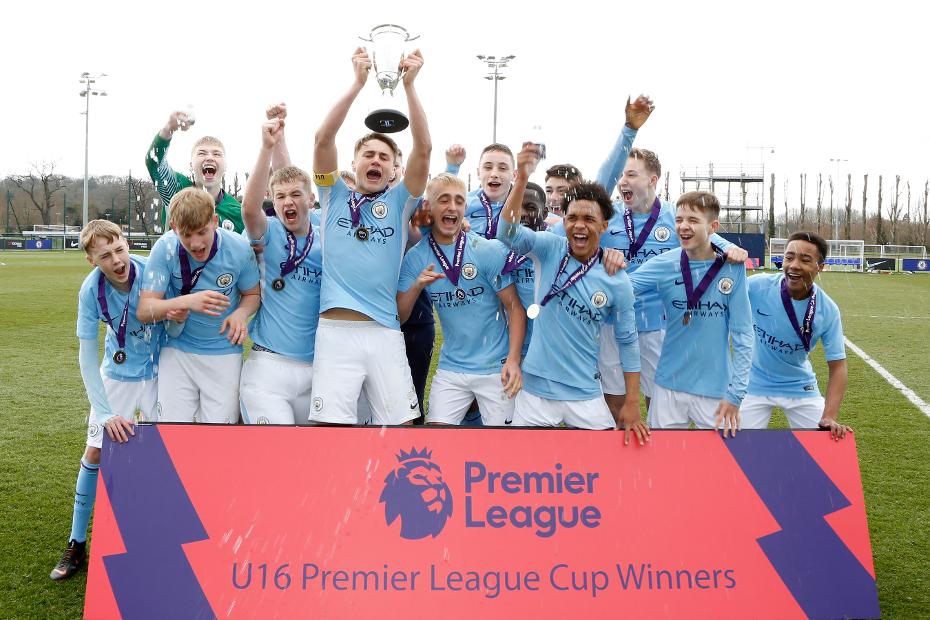 Manchester City’s Under-16s showed the mettle of the seniors in claiming the Under-16 Premier League Cup with the last kick of the match on Saturday.

In a manner similar to Sergio Aguero’s added-time goal that claimed the 2011/12 Premier League title, Taylor Bellis struck in the final minute of the match to beat Chelsea 2-1.

Premier League Games Programme Manager Dean Smith presented the trophy to City and called the inaugural season of the competition a success.

"It has proved a valuable experience for the players and coaches," Smith said.

"It has provided them with an alternative experience to what they are normally exposed to, and let them compete against clubs outside their normal Games Programme.

"We want to expose players and coaches to situations where stress and anxiety is heightened.

"This, we hope, will best prepare them for their future careers in the game."

The Chelsea Academy have another chance to claim silverware this Sunday in the Under-18 Premier League Cup final against Tottenham Hotspur, also at Cobham Training Ground. Kick-off is 14:00 GMT.