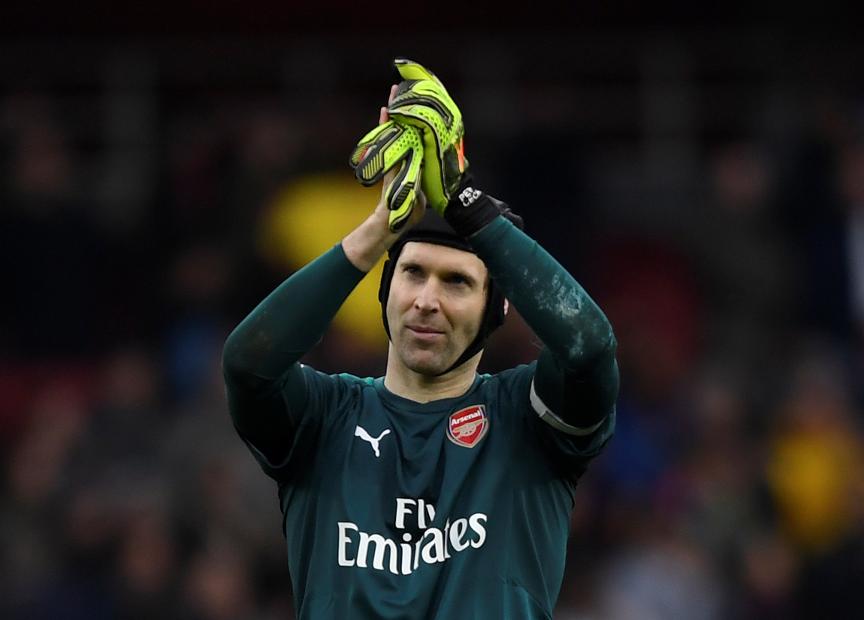 Petr Cech saved a second-half penalty as he claimed his 200th Premier League clean sheet in Arsenal's 3-0 victory over Watford at Emirates Stadium.

The Gunners took the lead on eight minutes when Shkodran Mustafi headed in from a Mesut Ozil free-kick, his 50th assist in the competition.

The visitors had a great chance to get a goal back but Cech saved Troy Deeney's penalty. Arsenal sealed victory when Mkhitaryan scored from the edge of the area with 13 minutes left to play, his first goal in the PL for the Gunners.